‘10.75 crores was worth it’ – RCB fans on Twitter delighted by Wanindu Hasaranga’s dismissal of Sanju Samson 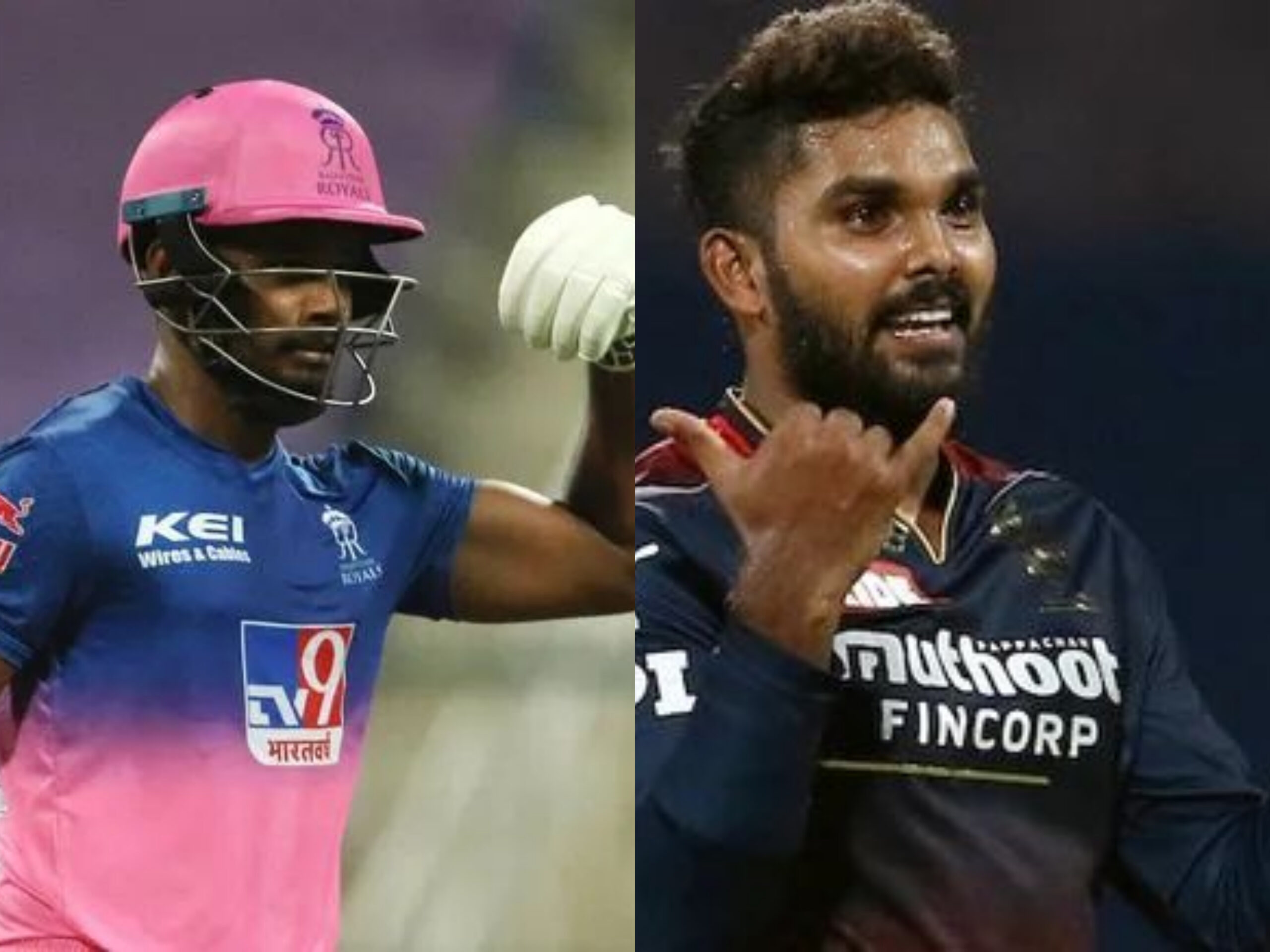 RCB’s Wanindu Hasaranga de Silva grabbed headlines when he claimed the wicket of RR skipper Sanju Samson, sending him packing after scoring just 8 runs. Hasaranga bowled a topspinner that Samson didn’t quite pick, and he misread the flight. The ball rose more than he expected and Samson, trying to defend, ended up scooping it back into the air – and straight into Hasaranga’s waiting hands.

The wicket of Samson left Rajasthan Royals at 86 for 3 after 11.4 overs, and they needed quite a bit of work from their finishers to move their run-rate up past 7.5. Up until then, Jos Buttler had played a surprising circumspect hand, having put together 33 from 27 balls.

The scoring rate slipped further, with the usually unencumbered Shimron Hetmeyer taking a while to get going. Heading into the eighteenth over, he’d taken 21 balls to score 21 runs. He played a good knock, in the end, scoring 42 from 31, doubling his strike rate in the slog overs with lusty blows off Harshal Patel and Mohammed Siraj.

Jos Buttler however, proved that writing him was as silly a mistake as anyone could make. RR plundered 51 runs off the last three overs, courtesy of some clean hits from the unstoppable Buttler and Hetmeyer. The Englishman whacked four effortless sixes, two off Siraj and two off Akash Deep. He ended his innings at 70 from 47 at a strikerate of 148, astounding considering he scratched along at a run a ball for the first 40 deliveries he faced.

RR have set RCB total of 170 heading into the second innings.

Sri Lankan all-rounded Hasaranga de Silva was a huge buy at the auction for Royal Challengers Bangalore and possibly did not expect such a massive bid himself. Hasaranga set himself a base price of 1 crore, but after heavy bidding, he was eventually picked by RCB for 10.75, the most they spent on any player at the auction this year.

Hasaranga has an excellent record against Sanju Samson, having now dismissed him a total of four times, including in the T20Is during Sri Lanka’s recent tour of India.

Do you know whom I have dismissed the most number of times?

RR's game plan is forcibly 1D when it comes to batting this year – Buttler/Samson or preferably both bat deep. Here the onus is on the others to take risks, Buttler won't now#RRvRCB

10.75 crore worth it ! Keep going like this whole damn season Hasaranga ! pic.twitter.com/RxkB9N78Ef

Why would Hasaranga waste a review on Sanju, when he's in his pocket.