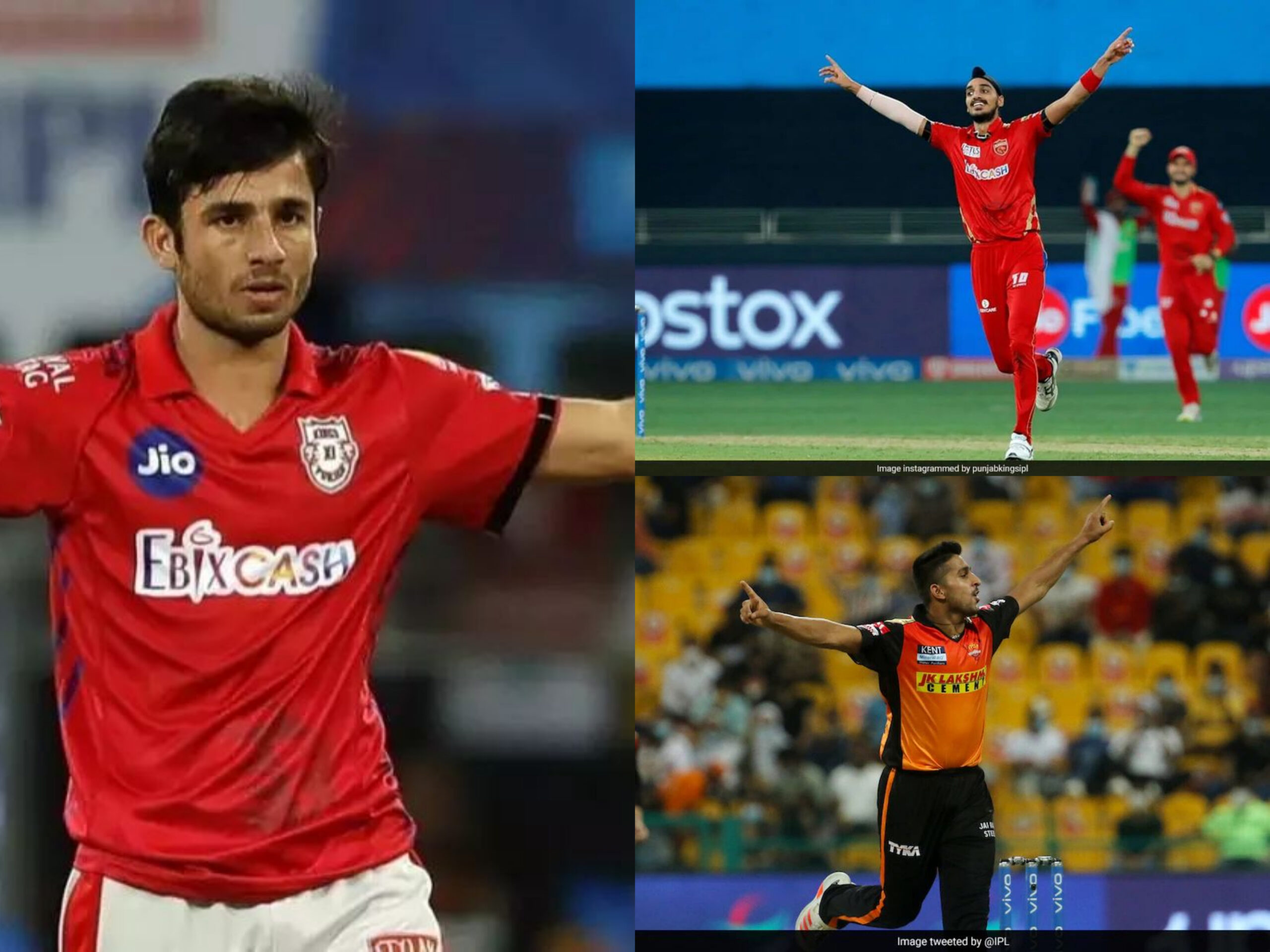 The IPL continues to be a platform for young cricketers, especially for U-19 stars to showcase their skill alongside the best in the game. The youngsters from the 2018 and 2020 campaigns are not exactly new to the tournament, but are still in the embryonic stages of their careers, and are blossoming into crucial members of their franchises. Let’s take a look at five cricketers under the age of 25 who made a special impact last season.

21-year-old Right-arm pacer Kartik Tyagi will join Sunrisers Hyderabad after they bought him for 4 crores at the auction, a big step up from his 20 lakh base price. The youngster was part of India’s U-19 world cup squad that were runners up in 2021.After his IPL debut in 2020 for Rajasthan Royals, Tyagi impressed with his pace and variation but lacked the control to pick up consistent wickets, ending the season with 9 wickets from 10 games and averaging over 40. He was in and out of the side in 2021, but the youngster garnered attention from his stunning last over heroics against the Punjab Kings last year. With Punjab needing only four runs with eight wickets in hand, and two set batters in Markram and Pooran, the match was all but done. Tyagi successfully defended the minimal target, only conceding one run and dismissing two batsmen in three balls, effectively saving the Royals’ skin when they were mere inches from defeat. With that match-winning final over, he turned the tables on Punjab, spinning what should have been an assured victory into a humiliating defeat.

Another former U-19 star from India’s victorious 2018 campaign, the fast-bowler from Noida has been part of Kolkata Knight Riders’ squad ever since. He has taken 26 wickets from 25 matches, 11 of those from KKR’s unexpectedly successful 2021 season. Mavi is now 23, and KKR reclaimed him at the auction in 2022 for 7.25 crores. Primarily an outswing bowler since his knee injury while playing for Uttar Pradesh, he enjoyed the conditions in the U.A.E leg of the IPL last year. In a must-win match for KKR against Rajasthan Royals at the fag end of their season, Mavi was instrumental in routing the opposition for 85 runs. The dominance of KKR’s pace bowlers was such that their winning margin was 86 runs, one run higher than RR managed to score. Mavi made the breakthrough with his very next ball, sending dangerous captain Samson back to the hut with a single-digit score. Then he sent timber flying twice in his next over, a fullish ball zipping past Glenn Phillips’ edge to remove the bails, and destroyed Shivam Dube’s stumps off a front edge two balls later. The lone resistance Rahul Tewatia was also bowled by Mavi in his final over, cleaning up RR to hand KKR a clinical win.

The 21-year old made his T20I debut for India this year against the West Indies, and was the pick of India’s bowlers with 2 wickets for only 17 runs. The leg-break bowler was later purchased by the Lucknow Super Giants in the auction for 4 crores. The youngster was the highest wicket-taker in the 2020 U-19 world cup, finishing the tournament with 17 dismissals, and was signed immediately after for 2 crore by the Punjab Kings ahead of their 2020 season. Bishnoi’s excellent form in 2021 saw him picking up 12 wickets from 9 matches with an economy rate of well under 7, and he starred in Punjab Kings’ win over SRH in the latter half of the season. Left to defend a below-par 125, Bishnoi came in to bowl after the powerplay and packed out the Sunrisers’ middle order. He dismissed Kedhar Yadav, Manish Pandey and Abdul Samad to leave the opposition reeling at 60 for 5. His athleticism in the field has also drawn attention after he took the catch of the season to remove Sunil Narine.

23-year-old Arshdeep was one of the highlights of Punjab Kings’ season in 2021. The left-arm pacer was retained by PK for 4 crores, one of only two players to be retained by the franchise ahead of the 2022 auction, along with their new captain Mayank Agarwal. He was a member of Punjab’s squad since 2019, but has been making waves since his highly successful tournament last year, when he picked up 18 wickets from 12 matches averaging just 19. His five-wicket haul against the Rajasthan Royals made the world sit up and take notice. In-form Evan Lewis hit a full delivery straight to cover, and Liam Livingstone holed out during Arshdeep’s next spell. Mahipal Lomror had been been brutalizing the other bowlers, but couldn’t time a big shot off Arshdeep and was caught at cover. Arshdeep returned to clear out the tail in the final over of the game. He took a catch off his own bowling to dismiss Chetan Sakariya, and sent Kartik Tyagi’s off-stump flying on the last ball to complete his five-for.

The fast-bowler from Kashmir made waves when he debuted for Sunrisers Hyderabad last season, one of the few positives to arise from their damp squib of a campaign. Malik travelled with the team to U.A.E in September last year as a net bowler, but had to warm the bench while Sunrisers plodded through their games. But then T Natarajan contracted COVID-19 and was forced to isolate, so Malik got the nod. By then the Sunrisers had crashed heavily out of the tournament, and with just three games to go, they had nothing to lose by experimenting with the 21-year-old net bowler with just three FC games to his name. So Malik debuted against KKR, and did he impress. Despite a wayward first ball to Shubman Gill that was punished for a boundary, the youngster clocked speeds consistently over 145kph, hitting 150kph twice in that first over. Nitish Rana saw stars, managing a strike-rate of only 8.33 against him. Malik impressed again in the next match against RCB, picking up the wicket of Srikhar Bharat and giving away just 24 runs. With two wickets from from his three games, Malik turned out to be the talking point for SRH as they wound up their season. His fairytale transition from netbowler to multi-crore squad member was realised when he was retained by SRH in 2022 for 4 crores.