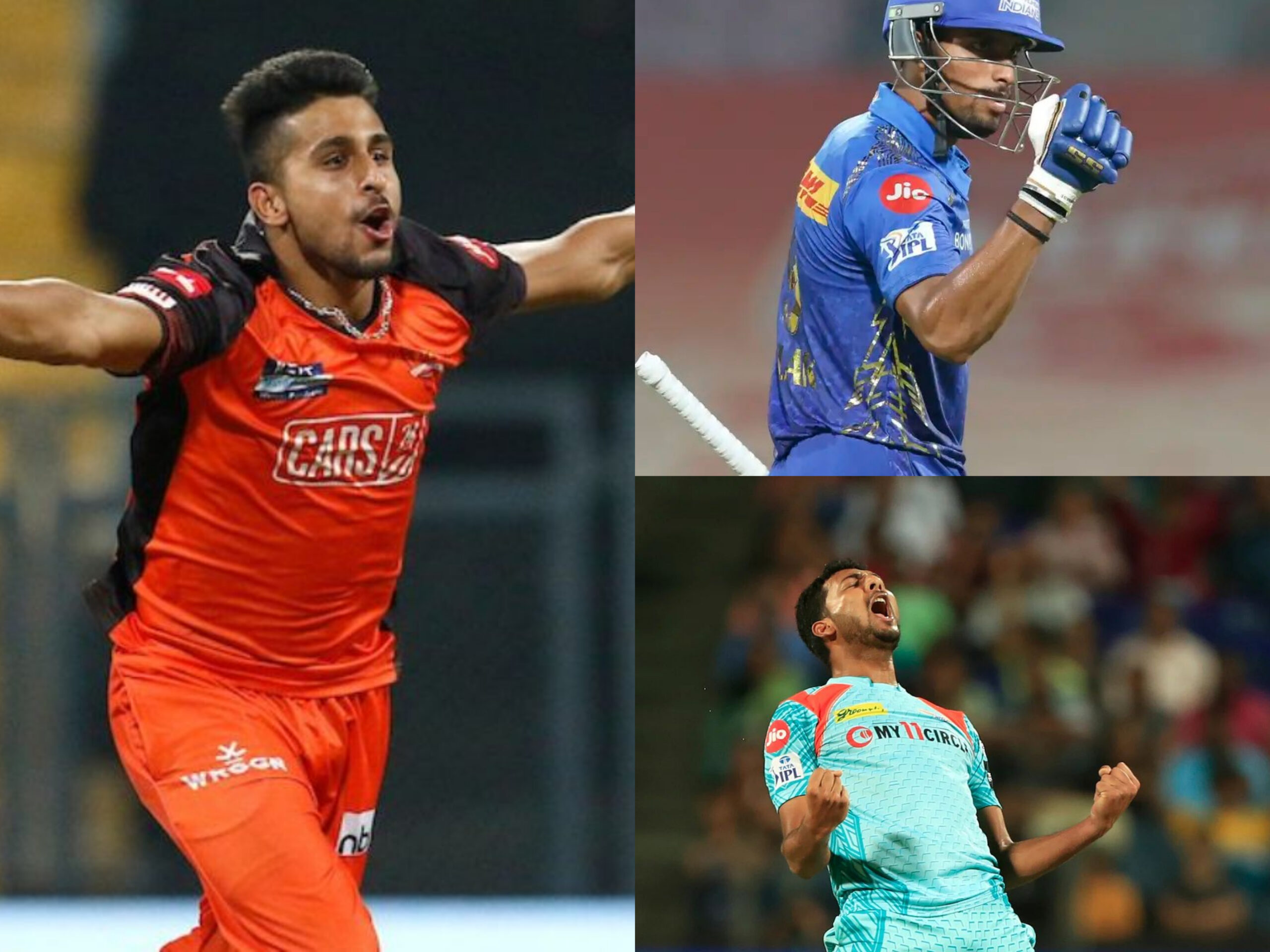 The Indian Premier League for a while now has been the most prestigious platform for domestic players to showcase their skills along with the top names of the game. The mega-auction in February was the first time franchises have shown a preference for young Indian talent over established foreign players, with uncapped Indians like Avesh Khan and Shahrukh Khan fetching close to 10 crores but T20 veterans like Steve Smith and Shakib Al Hasan going unsold after long and illustrious IPL careers. Indian cricket continues to put its best foot forward at every given opportunity, and this IPL was no different. Let’s take a look at some of the young, uncapped players who’ve made a strong impact for their teams this season.

The recent seasons of IPL have thrown up a plethora of promising left-arm fast-bowlers. This is Arshdeep’s third season with the Punjab Kings’ since he made his debut for them in 2019, after he was a member of the 2018 U-19 squad that won the World Cup. Last season was more successful in terms of wickets, when he took 18 as opposed to 10 this year from the 14 games of the group stage. Still, the wickets column doesn’t represent the accuracy and consistency he has shown this season – poor luck has conspired to deny him wickets through dropped catches, inside edges missing the stumps, nicks falling short. His economy rate of 7.7 is the second-lowest among PBKS bowlers, and his best bowling figures were his three-wicket haul against Delhi Capitals.

The 19-year-old batter has been a bright spark in an otherwise dismal season for Mumbai Indians. He fell just three runs shy of racking up 400 this season, but is still the second highest run-scorer for the Mumbai Indians behind Ishan Kishan. In a struggling batting line-up made up of players that cost hefty sums, 1.7-crore-acquisition Varma has maintained an average of 36 and strike-rate of 131 while shuffling up and down the order. He’s also scored two fifties, with his top-score of 61 arriving in a losing cause against the Rajasthan Royals.

The left-arm pacer made his IPL debut for the Lucknow Super Giants this year at 23, after three seasons on the bench with Mumbai Indians. In eight innings he has picked up 13 wickets, and his economy rate of 5.96 is among the best this season for bowlers who have bowled a minimum of ten overs. Only Sunil Narine has a better economy, having operated of 5.77. Mohsin’s best performance this season was his four wicket haul against the Delhi Capitals. He took 4-16 during the Capitals’ chase, which included the pivotal wickets of David Warner, Rishabh Pant and Rovman Powell. Mohsin’s efforts stopped DC in their tracks, and he helped LSG steal a 6-run win.

The fiery speedster from Jammu & Kashmir has deservedly won the IPL’s Emerging Player Award this year. Since his debut for Sunrisers Hyderabad last season, he has made a memorable impression on the cricketing fraternity by consistently clocking speeds above 150 kph. He broke his own record for the fastest ball of the tournament five times, until his 157.3 kph delivery was overtaken in the final by Lockie Ferguson. In 14 games he’s taken 22 wickets, and is the fourth highest wicket-taker of the season despite conceding a slightly expensive 9 r.p.o. Malik’s 5-25 against Gujurat Titans was his maiden five-for, all the more special because he was the only SRH bowler to take a wicket that innings, and still ended up ripping through half the side.

One of the biggest crimes by Indian selectors in recent years is the constant disregard of Rahul Tripathi. Even despite his brilliant season, he was overlooked for the upcoming T20I series against South Africa in June. The 31-year old moved to Sunrisers Hyderabad this year after being released by Kolkata Knight Riders, and has been in sublime form for his new franchise. With 413 runs that include three fifties from 14 innings, Tripathi averages 37 at a phenomenal S.R. of 158. He has scored the next-most number of runs for the Sunrisers after Abhishek Sharma. His most impressive knock this season came against Mumbai Indians, where he scored 76 off 44 balls at a strike-rate of 172.