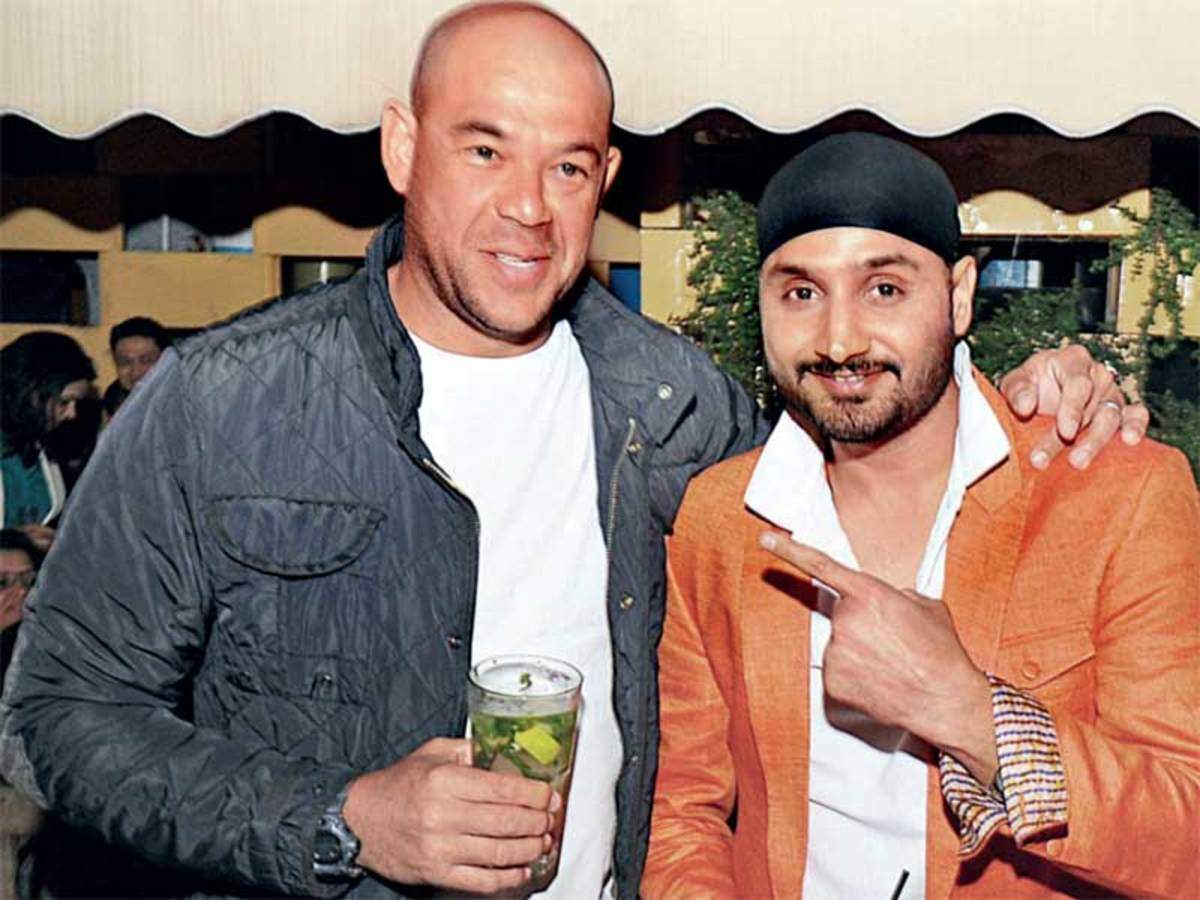 Following the notorious “Monkeygate” incident, veteran Indian spinner Harbhajan Singh has spoken up about how he and former Australian all-rounder Andrew Symonds reconciled with one another. There were many instances on the cricket pitch when both Harbhajan and Symonds got into a furious debate over something or other. However, during India’s tour of Australia in 2007-08, one of the most heated on-field verbal clashes between the two players took place.

In the Sydney Test, the visitors were taking on the hosts, Australia. Harbhajan Singh was accused of referring to him as a ‘monkey’ by the Australian all-rounder during that match. However, the off-spinner categorically denied making such a claim. Among those involved in the cricketing community, the event drew everyone’s attention.

“I recall an event that occurred when we were in Chandigarh. We went to my friend’s house after winning a match that we had played earlier. We apologised to one other and embraced for the first time when we were there. We believed that the situation might have been resolved more amicably. We were both feeling terrible for ourselves. A number of my pals from the Mumbai Indians were there and took photographs of that occasion,” according to Harbhajan Singh in an interview with Sportskeeda.

“When Mumbai selected him, the first thing that sprang to mind was, ‘why did they choose him?’ ‘How do you think we’ll get along (myself and Symonds)?’ I wonder. Andrew seemed to be a completely different person as he walked into the MI dressing room. I assumed he was some kind of enraged individual, and I believe he would have felt the same way about me,” he said.

Speaking about Harbhajan’s performance in the IPL, the off-spinner appeared in 163 matches and took 150 wickets during his IPL career, he played for the Mumbai Indians, the Chennai Super Kings, and the Kolkata Knight Riders.