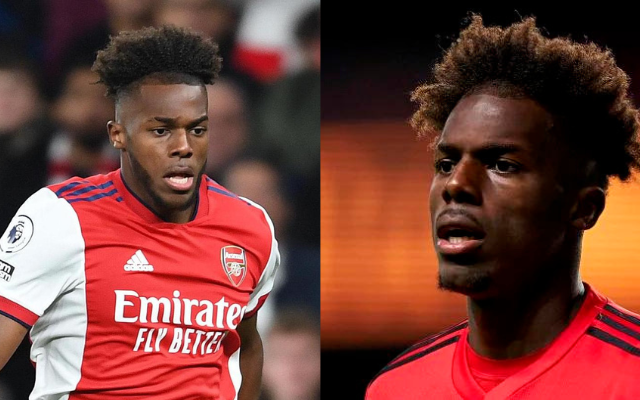 Marseille has presented Arsenal with a loan offer for Nuno Tavares that includes an option to purchase the player, but the Gunners have not yet responded to the proposal

Foot Mercato claims that Olympique Marseille is interested in Nuno Tavares and wants to bring the Portuguese fullback in on a loan deal. It has been stated that the French giants have made an offer to Arsenal, which includes a purchase option. However, the Gunners have not yet responded to the offer.

The first season that Nuno Tavares spent playing on English soil was not without its ups and downs, but it did involve a few defining moments. However, there were times in his career that he wishes he could forget, and some of the mistakes that he made may prevent the kid from earning a spot in Mikel Arteta’s first squad for next season. It was always going to be a challenging debut season in the Premier League for someone as young as 22, who lacked experience playing at the highest level.

Tavares played in 27 games for the Gunners in all competitions, which contributed to the team’s fifth-place position in the table. Earlier, Arsenal did not provide any signals that they intended to let the defender leave the Emirates, nor did they express any interest in doing so. Recent events, on the other hand, give the impression that this is not the case, as the left-back is getting a lot of interest from overseas.

The Portuguese full-back has several qualities that are well-suited to the playing style of Arteta, but the shortcomings in his game continue to be a problematic facet of his performance that might cost the Gunners crucial points. As a result, the club is at a crossroads about choosing his immediate future, and it is possible that a loan transfer would be appropriate.

In light of Atalanta’s current interest in the left-back position, Arsenal is said to have set Tavares’s price tag at forty million euros. According to reports, Marseille, another club that is showing interest in Tavares, has made a loan offer to Arsenal. Arsenal is said to be considering the offer. The side led by Jorge Sampaoli has included a buy-option, but the Gunners have not yet responded to this offer.

William Saliba, a promising player from France, just spent a season playing on loan with the French giants, which turned out to be an important step in his growth. Arsenal continued to show little interest in the center-back as the club made attempts to recruit him to a permanent contract. Marseille is making an identical bid to acquire Tavares, with the exception that this version of the plan includes a purchase option.

The Gunners, on the other hand, could still be open to the idea of a dry loan since they might believe that a season of consistent games would be beneficial to the left-back. In addition, Arsenal is working on a fresh offer to make for Ajax’s Lisandro Martinez, and if that offer is accepted, it would be possible for the north London club to send Tavares out on loan.

Atalanta, however, is also on the search for him and might challenge Marseille for his services if Arsenal decides to trade him permanently. The Gunners may only allow a temporary swap for the full-back since they believe the Portuguese star will become a regular player in the future. A move to Marseille would be very beneficial for Tavares, who would then be able to return to Arsenal having gained valuable experience.