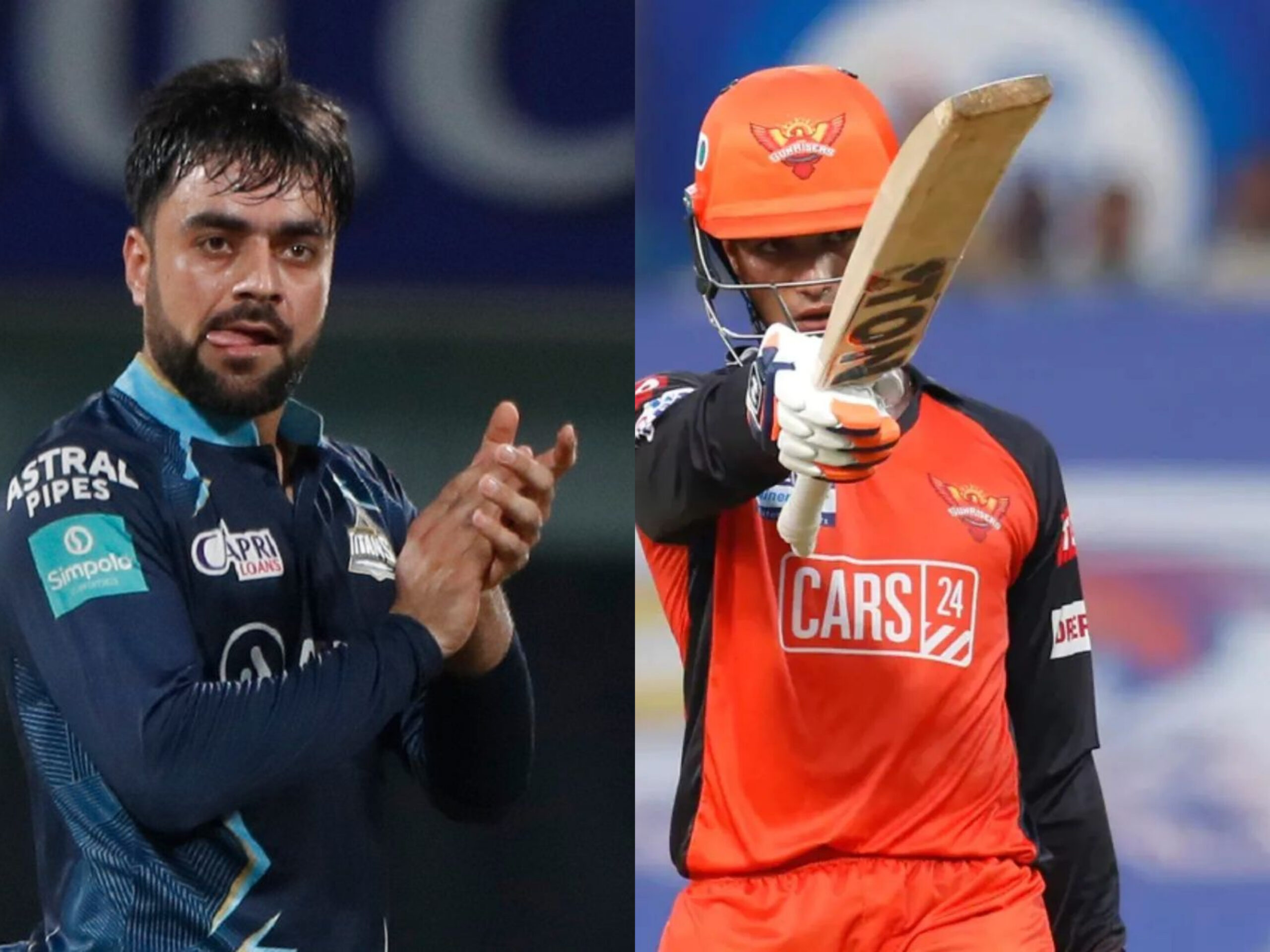 Rashid Khan had a night to forget against his former team Sunrisers Hyderabad, when his current side Gujarat Titans took them on at Brabourne on Monday. The legspinner, who had an economy rate of 6.5 in IPL 2022 before the start of this match, went wicketless and conceded 45 runs from his quota of four.

Rashid was at the receiving end of another assault from Abhishek Sharma, whose run of form the last five matches has been exemplary. He was introduced right after the powerplay and bowled an economical first over, but Abhishek was biding his time. Going down on one knee, he mowed a huge six over long-on off a half-volley in Rashid’s second over and it went for 10 runs.

Rashid then changed ends, going over the wicket to left-handed Abhishek but it didn’t make much of a difference. He took Rashid on again, effortlessly hitting his former teammate out of the park for two more sixes that sailed into the stands beyond midwicket. The second of those brought up his half-century, which came off 33 balls, and he took 14 runs off what would turn into a 16-run over.

The final over of Rashid’s spell, the last before the slog overs was taken for another 13 runs after he was hammered for boundaries by both Aiden Markram as well as Abhishek.

Was in 2018, in their league-stage match against CSK. A rampaging Ambati Rayudu laid into the SRH unit, but none of the other bowlers suffered as much as Rashid – he was taken for 49 runs from his four, and picked up the lone wicket of Faf du Plessis. He was smacked for three sixes and five fours, and one tough over saw him taken for 17 runs.

Interestingly, Yusuf Pathan was still part of the Sunrisers’ team during this season. He played a few more matches in 2019, but hasn’t appeared in the IPL since then and announced his retirement in February 2021.

I think the confidence with which Abhishek Sharma hit that six against Rashid, I can say that this guy has arrived. Loving his development as a cricketer. Growing in confidence with every passing match. #SRHvGT

Abhishek batting against Rashid like he has played against him a lot. Wonder where?!😉

Not often does someone latch onto Rashid Khan like a cheap suit. This has been an exhibition from Abhishek Sharma! Fabulous knock! #IPL2022 #GTvSRH