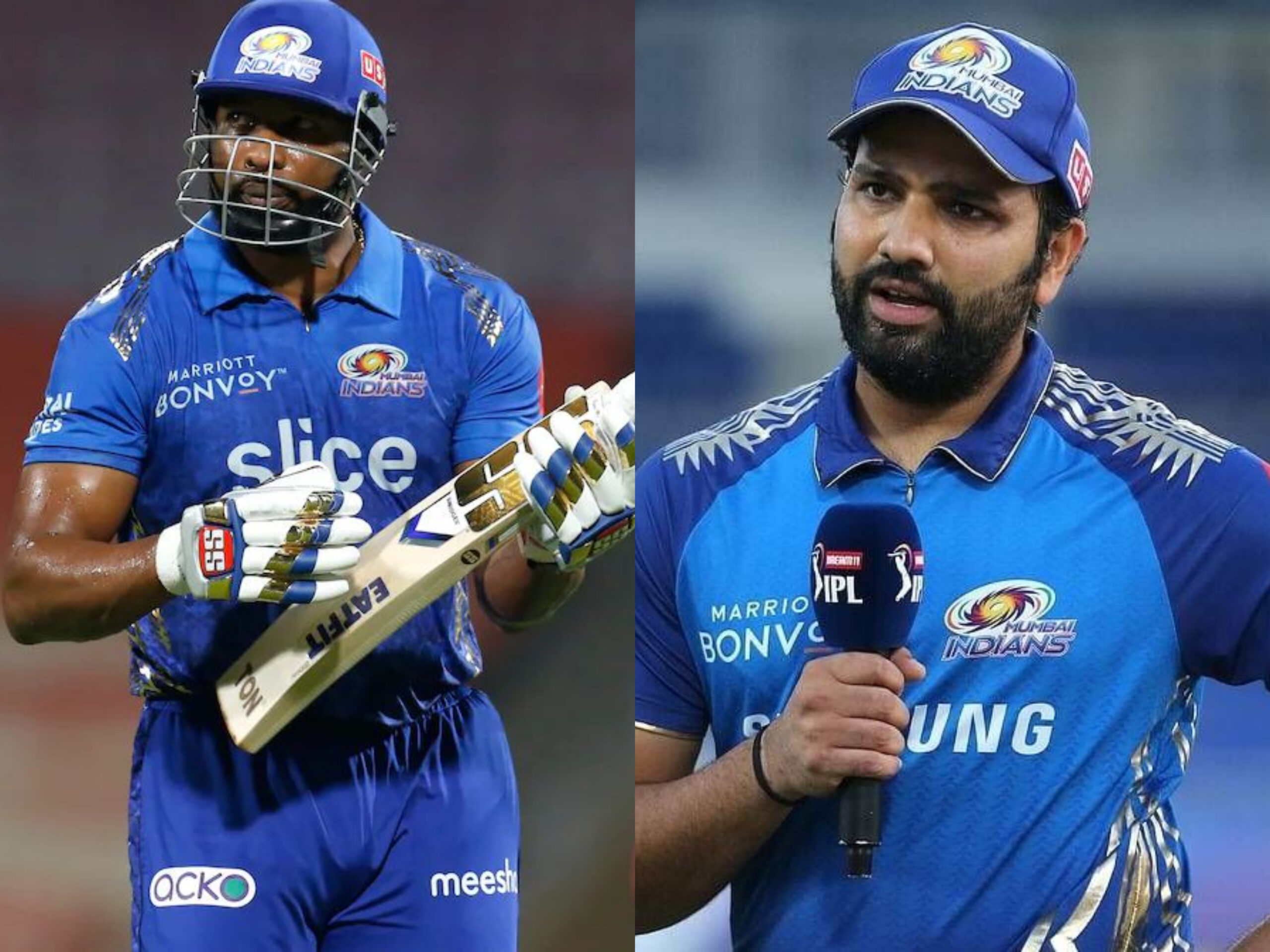 After Mumbai Indians’ convincing victory five-wicket victory over Chennai Super Kings, their skipper Rohit Sharma opened up about the truth behind benching their longtime player Kieron Pollard for this game. According to Rohit, it was Pollard himself who approached Rohit to say he was amenable to sitting out so Mumbai could try out their uncapped players, as they no longer had a chance of qualifying.

Kieron Pollard’s form has been on a steady decline this IPL. He retired from captaincy and international cricket to focus on franchise cricket, but it remains to be seen how long his cricketing career continues beyond this point. the Trinidadian all-rounder, who turned 35 on the day of the match he was dropped, has had a poor season with both bat and ball. He has 144 runs from 11 games this season, averaging 14.4 while striking at an abysmal 107. He has four wickets from the six innings he was asked to bowl but has conceded nearly 9 r.p.o.

Speaking at the post-match presentation after their loss, Rohit was quick to give credits to Pollard’s efforts for Mumbai over the years. “He’s been a stalwart for Mumbai. There’s no doubt about it. I said it at the toss as well. It was him who came out and spoke about he was okay with that because obviously we are looking at players.”

Rohit explained that the reason for wanting to blood their young players was that their season was already over, and they would have continued to rely on Pollard if they’d qualified. “Had we been in a situation where we had a chance to qualify, probably this wouldn’t have happened. But we’re keeping one eye on what are the holes we need to fill for the next year. So keeping everything in mind, we had to make that call and Kieron was the one who actually came to us and told he is fine with giving opportunity to youngsters as we can’t qualify anymore in the tournament”.

CSK were bowled out for 103, their second lowest score in IPL history, and it was a relatively easy chase for Mumbai. This loss spells the end for CSK’s playoffs hopes, which were slim even before the start of this game, but the two teams remain lodged at the bottom of the table.

Brendon McCullum named as England’s Test coach
‘How could we lose another iconic figure so soon?’ – cricket Twitter devastated by untimely demise of Andrew Symonds