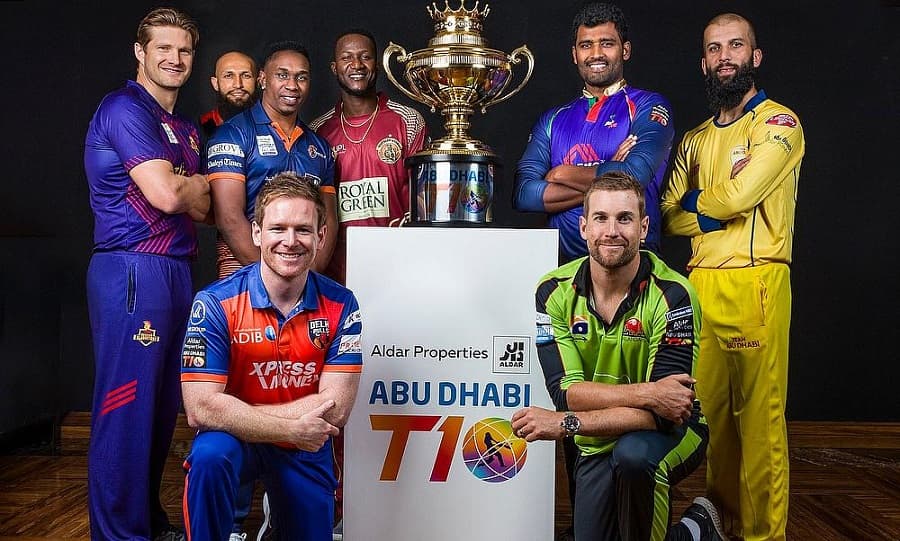 The forthcoming T10 League held in Abu Dhabi this year is going to be the grand cricket league for 2021-22. It is fixed that the entire series will be in UAE and shall begin from 19th November. It will conclude on 4th December 2021. This year is going to b the 5th season of the league, it successfully had 4 seasons which was induced in 2017.

T10 League 2021-22 features 8 participating teams. Each team has to play each other three times in a round robin format. The defending champions of the T10 league are the Northern Warriors. The entire series takes place only for 10 overs. So take a look at the Abu Dhabi T10 League squads 2021: Full team and player lists

Here are all the eight teams and their active players who will feature in the upcoming T10 League in Abu Dhabi 2021. After 3 weeks of the tournament, we shall know who will the trophy for the years 2021-22. The Northern Warriors has been the defending champions with 2 league titles won, first in 2018 and the next in 2020.

Initially, there were only 6 teams that were participating in the league, later on, the makers decided to increase the number of participating teams by 2 thereby making a total of 8 teams. The format included dividing the 8 teams into two groups equally as Group A and Group B. So here are the teams.