Alaves Vs Rayo Vallecano, Betting Predictions; Where To Watch? 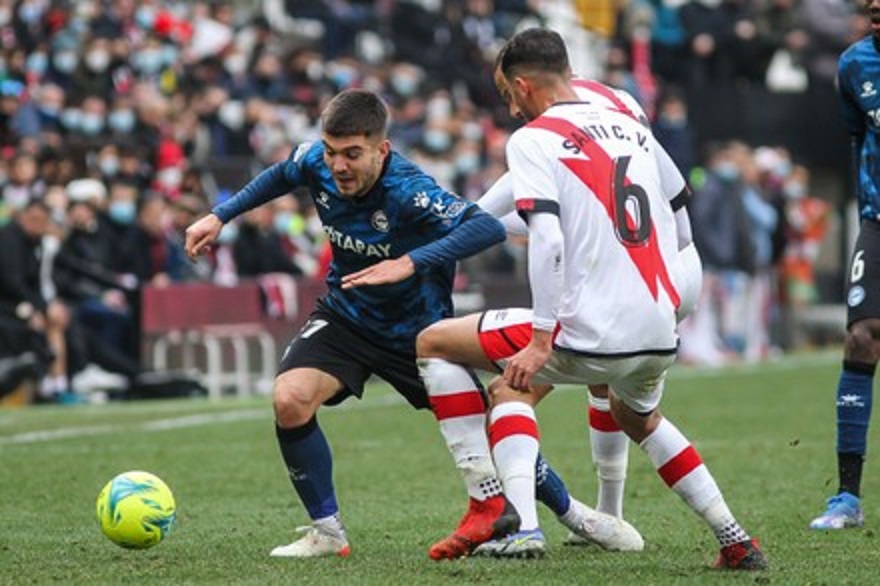 Alaves vs Rayo Vallecano where to watch?

As a result of their injuries, Alaves will be without Pere Pons and Javi Lopez on Saturday afternoon, but the home side does not have any additional new worries coming into the game. Head coach Velazquez is anticipated to choose a team that is similar to the one that came to the field for the first whistle against Osasuna, but on-loan Manchester United forward Facundo Pellistri might make his start.

For the relegation battlers, Joselu is expected to lead the line in a 4-2-3-1 formation, with Luis Rioja and Edgar Mendez expected to stay in the wide roles.

In terms of Rayo, Radamel Falcao, Martin Merquelanz, and Esteban Saveljich will all miss the match due to injury for the second time in a row. The return of Santi Comesana from suspension will provide a boost to the away side, and the Spaniard is set to be named in the starting lineup in the centre of the park for the match.

Rayo Vallecano put up a strong showing against Valencia last time out, so it would not be surprising to see essentially the same starting XI take to the field this time around, with Isi Palazon, Alvaro Garcia, and Oscar Trejo providing attacking support for Sergi Guardiola.

Rayo has been held to a draw in three of their past four La Liga games, and we expect them to do so again in this encounter. We predict that Alaves will be able to hold on for a point on Saturday afternoon after coming close to collecting a point against them the previous week.

How much money does Cristiano Ronaldo make per goal at Manchester United?
Valencia Vs Osasuna, Betting Predictions; Where To Watch?