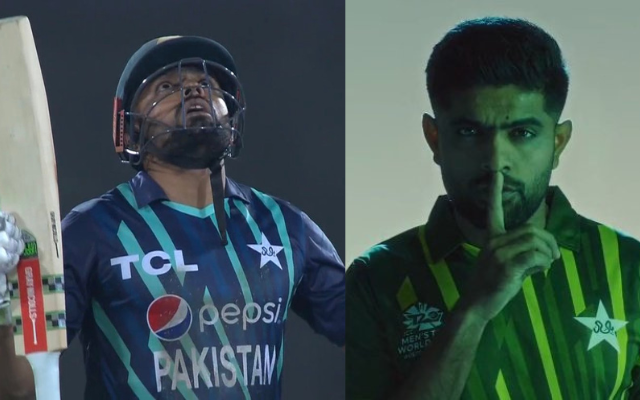 At the National Stadium in Karachi on September 22, 2022, Babar Azam and Mohammad Rizwan pummeled the English bowlers, leading to Pakistan’s victory against England in the second Twenty20 International by ten wickets.

The pair put up an undefeated combination of 203 runs, which assisted Pakistan in reaching their target of 200 with three balls to spare. The record for the highest partnership ever in a run-chase in T20 Internationals was established by Babar and Rizwan. They outscored their previous best score of 197, which they had set in a match against South Africa in 2021.

In the interim, Babar and Rizwan hold the record for the most runs scored by a partnership for any wicket in Twenty20 Internationals. Together, they have scored 1929 runs across a total of 36 innings, with an average of 56.73, seven centuries, and six half-centuries in their stands.

The Pakistani combination outscored the Indian duo of Shikhar Dhawan and Rohit Sharma, who had a combined total of 1743 runs from 52 innings with an average of 33.51. This incredible feat was accomplished on the way to the Pakistani pair’s remarkable partnership.

While everything is going on, Babar is now 105 runs away from being the first Pakistani batsman to achieve 3000 runs in Twenty20 Internationals. On Thursday, he reached the 8000-run mark in Twenty20 matches, becoming the second player from Pakistan after the legendary Shoaib Malik to do so.

Rizwan recently became the quickest batter to reach 2000 runs in Twenty20 Internationals, tying him for first place with Babar. Rizwan has lately taken the lead in the Asia Cup 2022 in terms of run scoring. The partnership between Babar and Rizwan is not only the greatest ever for a Pakistani duo, but it is also the best in the shortest format of the game.

On Tuesday, Pakistan was defeated by England by a score of six wickets during the first game of a seven-match series. The Men in Green, on the other hand, have staged an impressive comeback to even the score in the series.

All thanks to karachi road construction limited 🙏🙏

These guys when start well , they just finish it. Rizwan this year seem unstoppable.