“And chose to be the opposite playing at a strike rate of 125”, Twitter reacts as Babar Azam calls AB de Villiers his role model 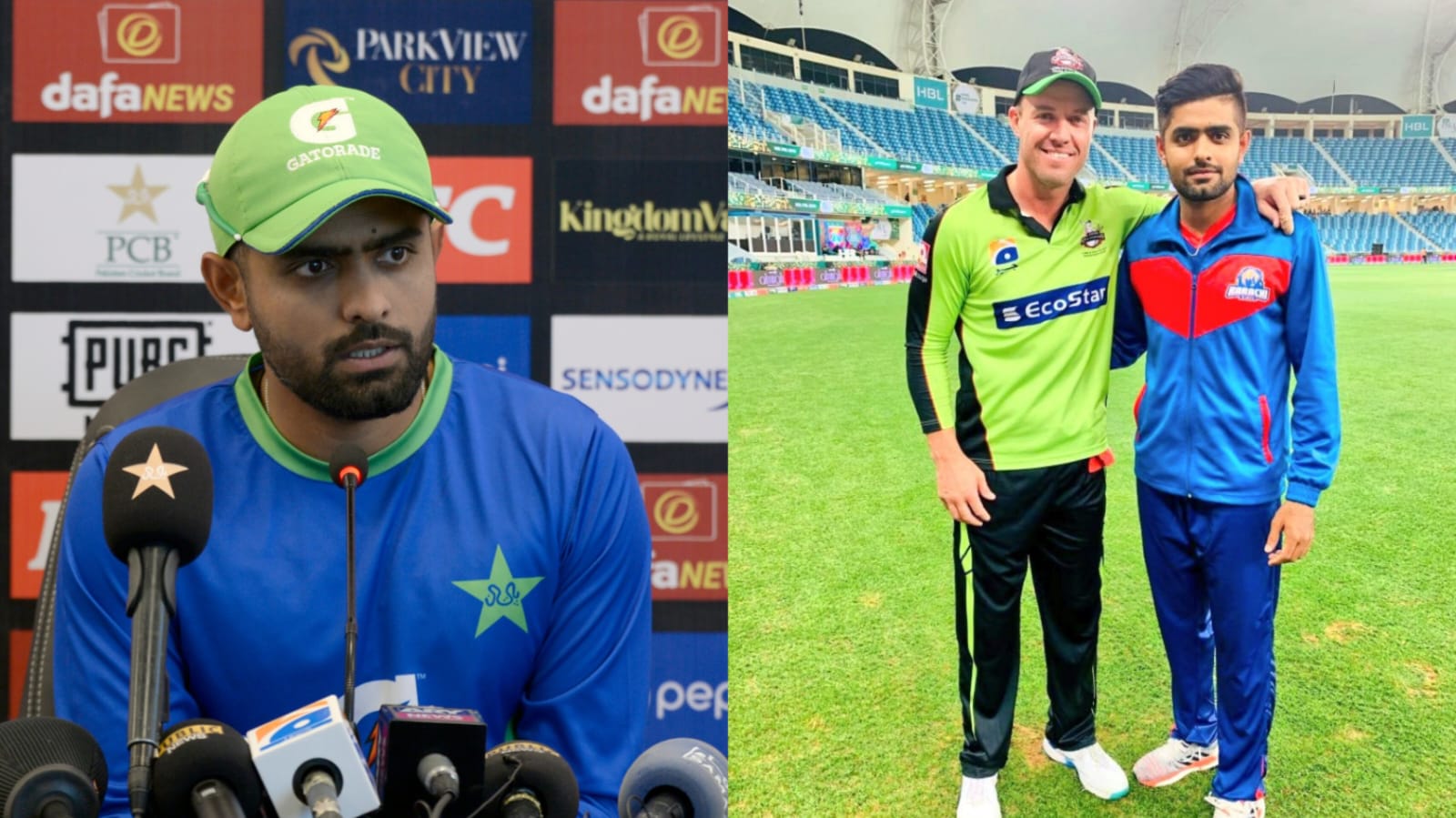 Babar Azam has been the best batsman that Pakistan has seen in a long time. He is a generational talent and is arguably one of the best batters in modern times. Currently, he is considered by many to be the best batsman in the world, and seeing his recent form, many even dare say that Babar Azam is better than his Indian archnemesis Virat Kohli. The fans of the two nations often compare these two players while trying to prove the greatness of their side. While Pakistani fans say that Babar Azam is an underrated star, Indian fans say that Virat Kohli has always been miles ahead of Babar.

Sadly, the Pakistani captain has seen somewhat of a drop in his form lately. He failed to score many runs in two back-to-back competitions, the Asia Cup 2022 and the T20 World Cup 2022. Before that, he and Mohammad Rizwan had been Pakistan’s highest scorers in all the tournaments. However, they showed glimpses of greatness in the semi-final and final matches of the tournament that were played against New Zealand and England, respectively. It is thus wiser to assume that they will be back in their best form very soon.

Babar Azam said in a recent interview that he is a big fan of AB de Villiers and that the South African is his role model. This is the first time that Babar has openly talked about his role model, so it is new to the fans.

Babar Azam started his career at a very young age. He was a member of Pakistan’s team in the Under-15 World Championship. He featured in two U-19 tournaments in 2010 and 2012. In both editions, he was Pakistan’s top performer. It was not until 2015, when he was 22 years old, that the cricket maestro made his debut for the Pakistan senior team.

It's like Shadab khan's role model is Shoaib Akhtar 😂😂 https://t.co/E6NMUQ0TbV

I don't know why but after reading this tweet, i was continuously laughing for 5-6 mins 🤣 https://t.co/9j1jkTaQ8M

He will also end up trophy-less! https://t.co/fWsDN8XTjy

Wrong choice as Ricky ponting is the ideal choice https://t.co/eU2h99vfBZ

😂😂and he chose to be the opposite https://t.co/4j4FvZWQEj