“Another reason why CSK fans love Watto”, Twitter reacts as Shane Watson said that the 2016 IPL Final was probably one of the worst games that he has had 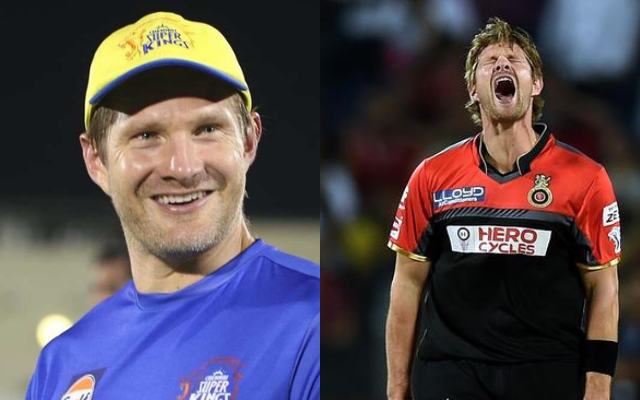 Former Australian cricketer Shane Watson is a true game legend. He was one of the best all-rounders of his time, and he represented Australia in all three formats. However, white-ball cricket was where he shone, and that is the reason why he always used to be a hot pick in the Indian Premier League. Throughout his career, Watson has played for many IPL teams like the Rajasthan Royals, Chennai Super Kings, and Royal Challengers Bangalore. In a recent interview, Watson revealed his worst ever match in IPL history.

When asked about the low points of his career, Shane Watson mentioned the 2016 IPL Final between his former team, Royal Challengers Bangalore, and Sunrisers Hyderabad. He has said that that match was arguably his worst match ever.

In the 2016 IPL final, RCB were the favorites. Virat Kohli was in red-hot form and had scored more runs that year than any other batsman in the history of the tournament. Everything was in favor of Virat Kohli and his men, but SRH defied all odds to lift their first IPL trophy ever.

Shane Watson was an integral part of that RCB team, and he had a very bad game in that final. He went for 61 overs in just 4 overs and was no good in the second inning with the bat either. He scored just 11 runs off 9 deliveries before departing.

Talking about that match to Cricket Monthly, Watson said: “The 2016 IPL Final was probably one of the worst games that I have had, especially from the bowling point of view; I went for 61 in 4

That was a major blow to Watson’s confidence as well. Both he and RCB had their worst seasons ever in the 2017 IPL, where the team won just 2 out of their 13 league matches.

Kohli have everything to RCB that year . He was batting like a beast and almost single-handedly took us to the finals and Shane Watson didn’t contribute with the bat as well and he ruined the bowling as well . Kohli should’ve won the IPL that year

Watson helps csk to win finals by scoring century. He is one of the great all rounder of all time . No fault of him. Sometime it happens.

Costed us the trophy

“Pakistan will be hammered from all sides”, Twitter reacts as Brendon McCullum confirms England will continue to play the aggressive brand of cricket in the Test series against Pakistan
“When he’s batting purely on instinct…”, Shane Watson provides a piece of advice to KL Rahul to get out of his off form