The 2nd leg of Arsenal vs Liverpool in the EFL Cup will be a great game for the neutrals. 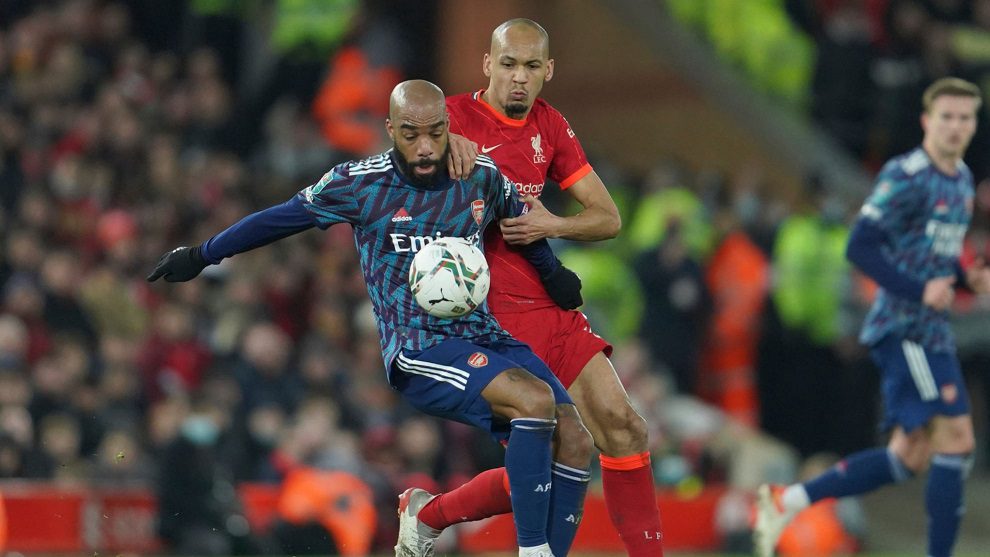 Arsenal vs Liverpool Where to watch?

Mikel Arteta will be limited of choices on Thursday, notably in central midfield, due to several first-team absentees to cope with. Bukayo Saka, Emile Smith Rowe, Takehiro Tomiyasu, Cedric Soares, and Caleb Chambers are all questionable for the match due to injury or exhaustion, while Sead Kolasinac has left the club to sign a permanent contract with Marseille.

Following his expulsion in the first game, Xhaka will serve a one-match ban, while Martin Odegaard could miss the second leg due to Coronavirus. In the meantime, Nicolas Pepe, Thomas Partey, and Mohamed Elneny are all abroad at the African Nations Championship (AFCON), while Pierre-Emerick Aubameyang has returned to England after cardiac lesions caused by COVID-19 and will undergo testing to determine the extent of his injuries.

Given that Albert Sambi Lokonga is the only recognised centre-midfielder available to Arteta, the Spaniard may be forced to rely on Ben White to operate just in front of the back four, with Rob Holding and Gabriel Magalhaes perhaps forming a defensive partnership in the middle of the park.

When it comes to Liverpool, Thiago Alcantara is out with a hip injury, Harvey Elliott is out with an ankle injury, and Nat Phillips is out with a cheekbone fracture, all while Salah, Sadio Mane, and Naby Keita are all away at the Africa Cup of Nations. Divock Origi has been in training this week but is still uncertain due to a knee injury, while Oxlade-Chamberlain, a former Arsenal midfielder, will be checked before the start after bruising his ankle in the victory against Brentford.

When compared to Liverpool, who are missing numerous key players, Arsenal is incredibly weak on the ground, especially in midfield. If this match is played as scheduled, Arsenal might find themselves exposed by Klopp’s men. Three goals over the weekend will give the Reds confidence that they can penetrate the Gunners’ backline at the second time of asking in midweek, and they may just be able to do so enough to advance to next month’s EFL Cup final if they can hold off their opponents.