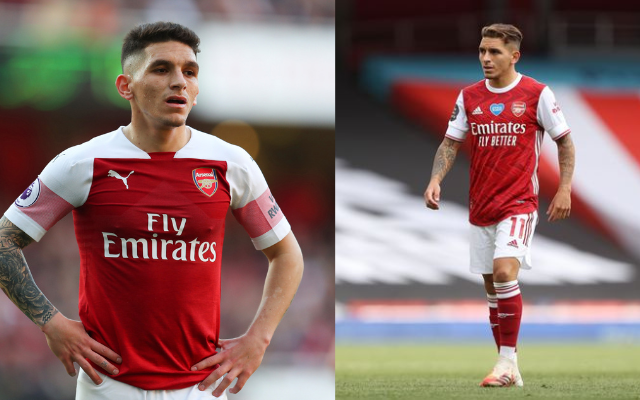 Lucas Torreira is reportedly getting ready to sign with Galatasaray after finally agreeing to the terms of the deal made by the Turkish giants, as reported by Fabrizio Romano. This past week, there was a bit of a standstill as the transfer seemed to have failed, but things have now been brought back under control.

After the club made it abundantly apparent that he was not in Mikel Arteta’s plans for the 2022/23 season, Lucas Torreira is finally poised to depart Arsenal. This has been the situation since the Spaniard assumed control of the club, which is what led to the Uruguayan midfielder beginning two different loan stints with other teams.

Torreira continues to earn a significant salary at Arsenal, which is one of the reasons why the club was eager to get rid of him as soon as possible. The team from north London had hoped that Fiorentina would exercise their purchase option clause, which was worth €15 million, but the Serie A club decided not to do so, despite being pleased with the player who played in the midfield position.

Although he participated in Arsenal’s pre-season tour, Torreira saw very little playing time during this timeframe. In the most recent few days, Galatasaray made an offer to Arsenal, which the Gunners accepted before waiting for the player’s agreement. Galatasaray is interested in acquiring the Arsenal player. Even though there were initial signs suggesting that the idea may be adopted, a move seemed to be stagnating.

According to reports, Galatasaray became irritated and started looking into other available choices, such as Tiemoue Bakayoko on the market. On the other hand, the rumoured interest from Valencia was what caused Torreira’s decision to be delayed.

Valencia conducted discussions regarding the possibility of acquiring the Arsenal midfielder, but the club ultimately decided against paying any transfer price due to the current state of their finances. Instead, they requested Arsenal to authorise a loan transfer for the player, but Arsenal needed some kind of cash in exchange, so the Gunners accepted Galatasaray’s offer.

Lucas Torreira has just accepted to join Galatasaray! It’s now time for the final details of the contract to be sorted out, then Torreira will fly to Istanbul in the next days 🚨🟡🔴 #Galatasaray

Arsenal will receive around €6/7m fee for Torreira, once documents will be signed. pic.twitter.com/KHvsiMQQuo

According to recent information provided by Fabrizio Romano, Torreira has ultimately decided to take Galatasaray’s offer and will soon become a permanent member of the Turkish giants. In exchange for the Uruguayan central midfielder, Arsenal is expected to get between seven and ten million euros. Torreira is scheduled to go to Istanbul in the next few days to complete a variety of requirements, including a medical exam.

If all goes according to plan, the final deal will be approved, and the Uruguayan international player will continue to play for the Turkish giants for the foreseeable future. As Arteta was eager to reduce the size of his large roster, it is possible that Arsenal will not go back into the market for a new midfielder. However, the manager of Arsenal has his sights set on a few players, and he is mulling over whether or not to make contact with them in the coming days.