AS Roma Vs Lazio, Betting Predictions; Where To Watch? 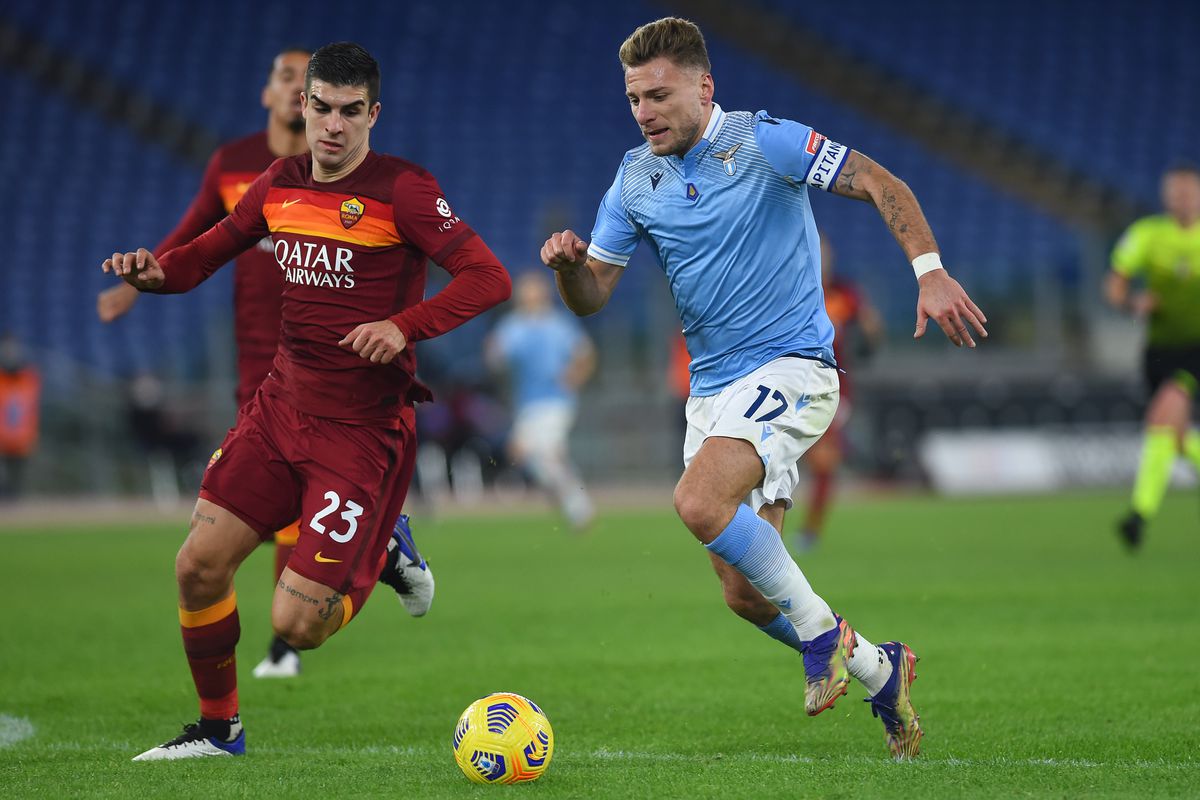 AS Roma vs Lazio Where to watch?

AS Roma vs Lazio Team News:

Gianluca Mancini and Sergio Oliveira have both returned from European suspensions, while Henrikh Mkhitaryan and Marash Kumbulla have both returned from one-match domestic suspensions, meaning Jose Mourinho will have several players available for the Derby after recent disciplinary absences. While all four players have a chance to make an impact from the start, the latter will have to compete with Roger Ibanez for a starting spot in central defence, with the identity of the left flanker still up in the air. However, young players Nicola Zalewski and Matias Vina are more likely to start than Stephan El Shaarawy.

Top scorer Tammy Abraham has scored eight goals in the season, and he is once again in the driving seat for the Giallorossi after scoring a critical goal in midweek.

After going off with an injury on Monday, Lazio midfielder Luis Alberto did return to full training. His fitness issues will be resolved for the match in the capital. Veteran defender Stefan Radu, though, is still out with a foot injury that has kept him out of action for more than a week, and Mattia Zaccagni is also unable to play because of a one-game ban. He is expected to be replaced by Pedro, who formerly played for Lazio’s arch-rivals and had a rough time there, while Adam Marusic, who has returned from a suspension, might also start at full-back. In the right midfield position, Manuel Lazzari is expected to start after returning from an injury layoff in the last game.

Sergej Milinkovic-Savic dominates the attacking department. His direct involvement has been in more Serie A goals this season than any other midfielder (eight goals, nine assists). Also, Capocannoniere contender Ciro Immobile has scored four goals in league derbies against Roma. He will be looking to break another of Silvio Piola’s long-standing club records (six) after recently surpassing the Lazio legend’s overall goals tally.

AS Roma vs Lazio Betting Predictions:

There could be an interruption in Roma’s momentum this weekend. They are looking to continue their unbeaten run. That is having relied on yet another late goal only the night before. The only one, scored, in each of their past five games. Immobile’s confidence has been bolstered by his competition with Dusan Vlahovic for the Serie A’s top scorer award, and if he can produce when it means the most, Lazio will be able to take advantage, moving ahead of their Olimpico co-tenants in the standings.