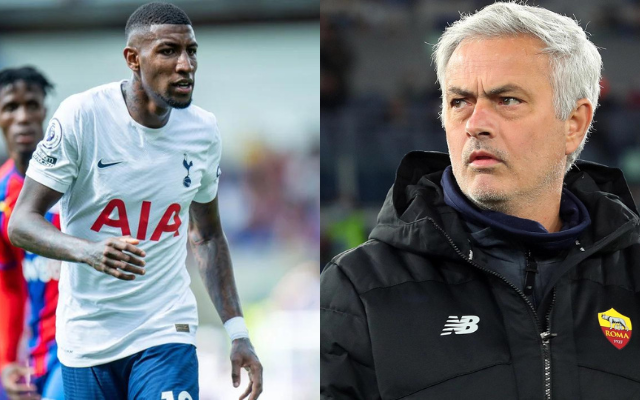 AS Roma, a big team in Serie A wants to get fullback Emerson Royal from Tottenham Hotspur this summer

AS Roma has joined the list of clubs that want to sign Tottenham Hotspur fullback Emerson Royal this summer, according to the Express. The Brazilian just joined the club in north London last year, but he could leave after only one season.

The 23-year-old played a lot at the beginning and end of the 2021/22 season, but he might not get to play as much in the next one. The team from north London is looking for a right-back, and they are getting close to signing Middlesbrough’s Djed Spence.

So, Emerson has been linked to leaving. The first team to be interested in the Brazilian was Atletico Madrid. But now other clubs are interested, and the Rojiblancos have money problems that make it hard for them to make the transfer.

People say that Juventus is keeping an eye on the right back in case Juan Cuadrado leaves because of a contract dispute. AS Roma is now another team that could be interested in Emerson. They could make a move for the Brazilian international this summer.

Roma is looking for a new right-back to play alongside Rick Karsdorp. Jose Mourinho, who used to manage Tottenham and is now in charge of the Giallorossi, is looking at several options, including Hector Bellerin, who was kicked out of Arsenal. The UEFA Conference League champions are also interested in Spurs’ star player, Emerson.

Emerson’s agent, on the other hand, said recently that the 23-year-old player will stay at Tottenham, despite rumors that he might leave. Dr. Fabiano de Abreu, the 23-year-old’s agent talked about his situation to the Brazilian news outlet Lance. He said that Conte thinks his client is his first choice for right back.

“Emerson doesn’t want to go anywhere else. Antonio Conte said that the loan wouldn’t go through even if it was for 40 million euros (£34 million) because the player is the best at his position. Royal is happy on the team, and he seems to be getting better at football,” he said.

So far, Tottenham has been pretty busy in the transfer window. So far, they have brought in four players. Ivan Perisic came from Inter Milan, and Fraser Forster came from Southampton. They’ve also brought in midfielder Yves Bissouma and forward Richarlison.

They might sign Djed Spence next, but they haven’t agreed on a price with Middlesbrough yet. It will be interesting to see if Emerson leaves if they do sign Spence.