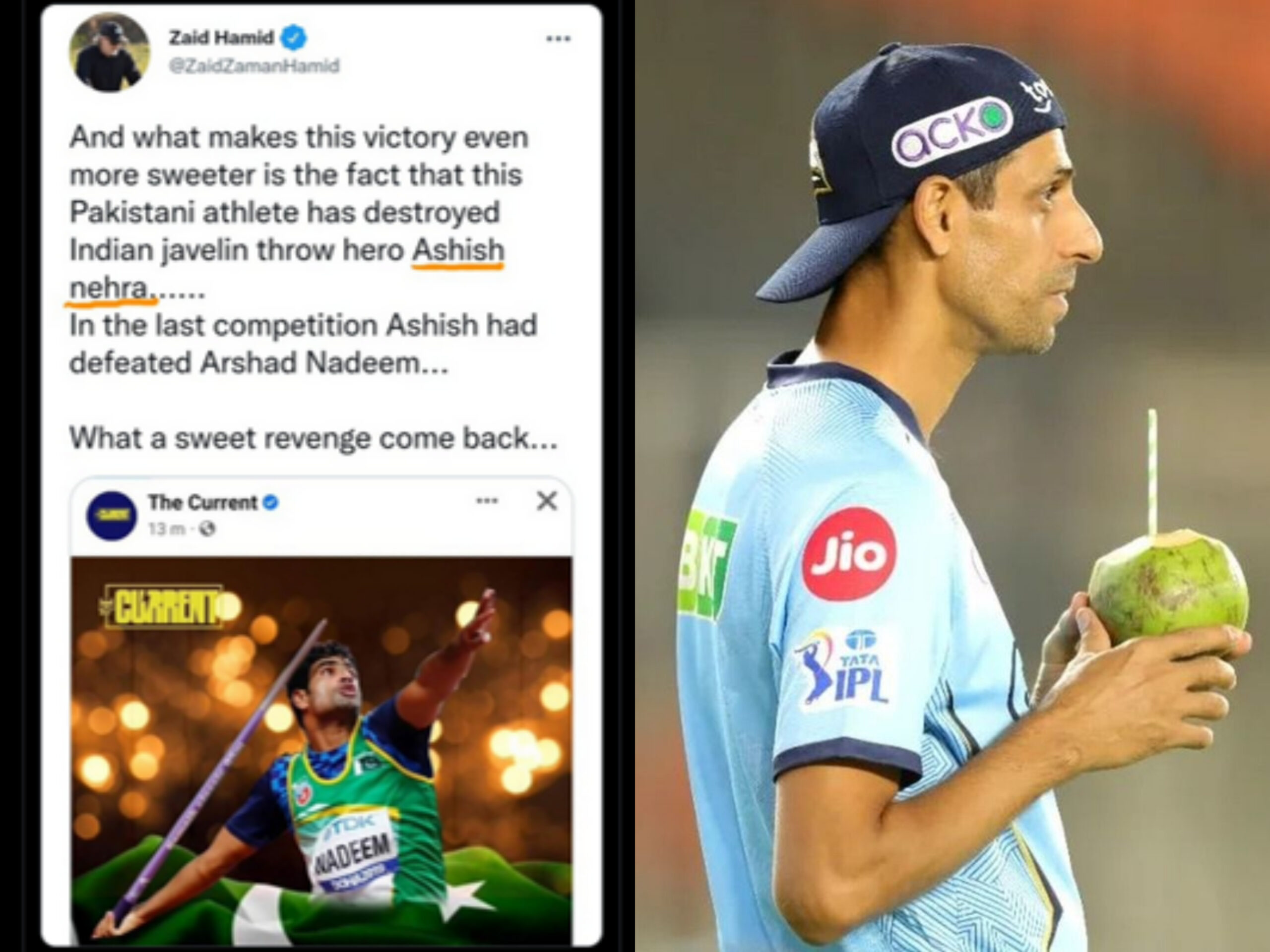 Ashish Nehra has become an unwitting trend on Twitter. A Twitter user from Pakistan, Zaid Hamid, confused the former pacer with India’s Olympic gold-winner and javelin thrower Neeraj Chopra. It was supposed to be a congratulatory post for Pakistan’s Arshad Nadeem, who won the Commonwealth Games gold medal after he crossed the 90-metre mark, becoming the first Asian to do so.

Hamid, whose account is restricted in India, was referring to Neeraj Chopra, as you might have guessed, and not Ashish Nehra. Incidentally Chopra wasn’t even part of the Commonwealth Games, since he was ruled out with an injury before the start of the tournament. He did wish the Pakistani winner when he broke the 90-metre record, congratulating him on his gold medal in Birmingham.

Hamid’s tweet immediately blew up and went viral and he quickly turned into a laughing stock. The tweet was misinformed on nearly every count, first because Nadeem did not defeat Chopra in the CWG because he wasn’t a part of it, and of course, neither was Nehra.

This year Nehra coached the Gujarat Titans to their maiden IPL title in the first ever season. He’s turned into a social media trend despite the fact that he doesn’t operate a Twitter account himself. Here’s how others reacted to Zaid Hamid’s gaffe.

Meanwhile Ashish Nehra has joined ISRO and is preparing for his first space mission of doing "Space Shaazish" against this "Leader-i-al-Arabia" Zaid Hamid.

Ashish Nehra is busy in UK Prime Minister Elections… Let your Pakistani boy have fun Meanwhile. Once Ashish becomes PM of UK, he will be back in Javelin as well.