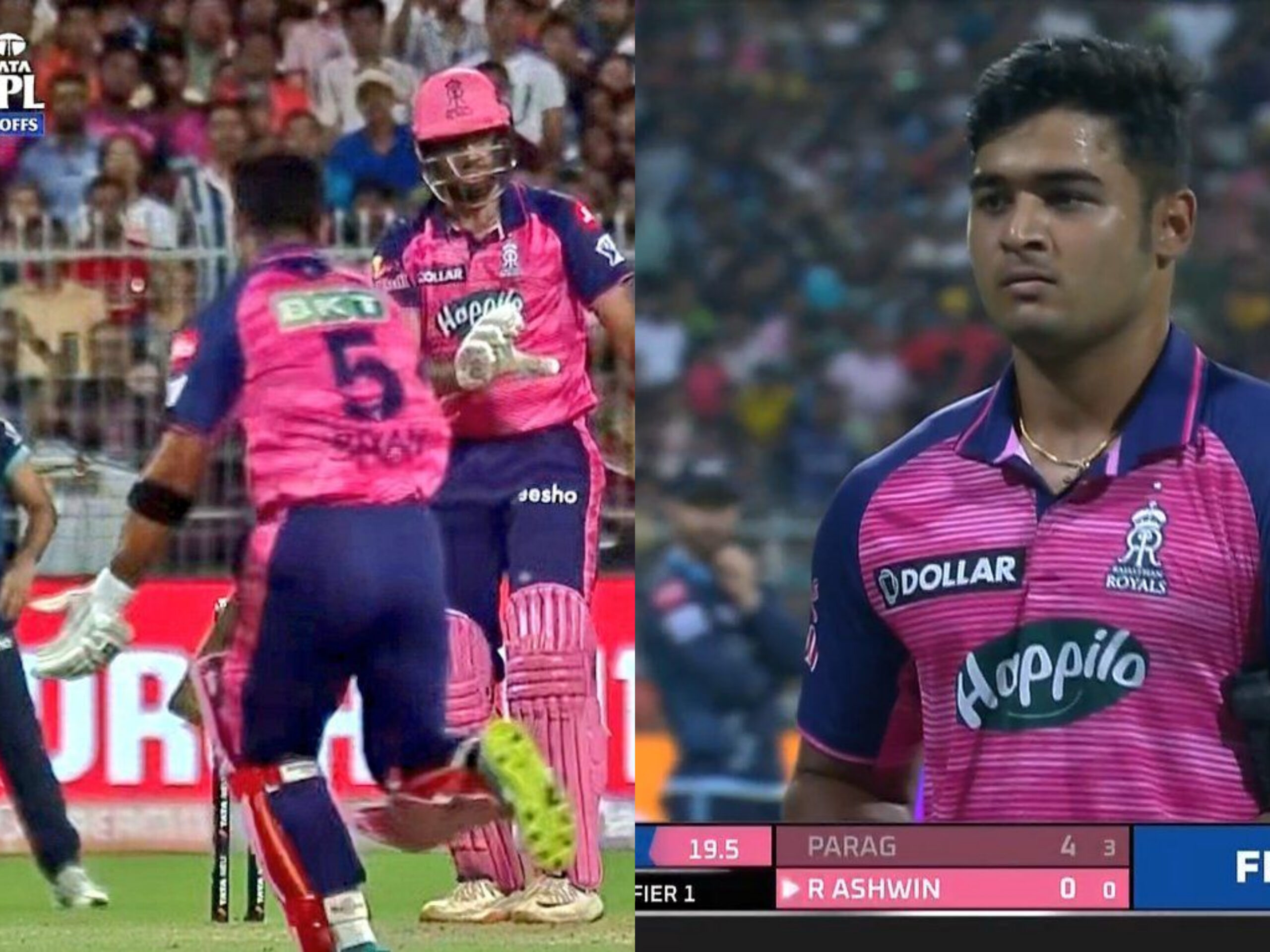 Ravichandran Ashwin and Riyan Parag were involved in a tense moment in the last over of the Rajasthan Royals’ innings, during the first Qualifier against Gujuarat Titans. Parag was run-out attempting a run to which Ashwin was different, wanting to take strike on the last ball of the innings. He gave his senior partner a long stare before walking back inside. The Royals set a target of 189 for the Titans to make their first ever IPL final in their debut season.

The last over of the Royals’ innings was nothing short of chaotic. Yash Dayal missed his lengths, and was deposited way over long-on for a six by Jos Buttler. 11 runs came off the first five balls. Buttler, who had been riding his luck all through was run-out off the last ball of the innings by what turned out to be a no-ball. Still he had to depart after scoring a brilliant 88 (59), and Ashwin came in to take strike for the last ball.

Dayal then sent down a wide after overstepping. The ball flew down leg to Wriddhiman Saha, and Parag took off for a run. Ashwin remained rooted to his crease, apparently unaware of his partner’s intention to take strike. Meanwhile Wriddhiman Saha collected the ball and tossed it to Dayal at the other end, who completed a simple run-out. Both batters were at the striker’s end.

Parag and Ashwin had a conversation on the pitch, and 20-year-old Parag gave Ashwin a long look. Ashwin simply shrugged and ambled back to his stumps. Parag continued watching him for a couple of seconds before walking off, looking put out. The final ball of the innings dragged on for three deliveries, and Ashwin managed to grab a couple off the actual legal delivery.

Ashwin's gully cricket instincts kicked in. Man didn't even look at Parag running for the strike until the keeper threw the ball 😭

Ashwin rates Parag below himself as a batter. 🤣

Riyan Parag has the attitude of Virat Kohli and the skill of Riyan Parag.

That’s why you always keep running on the last ball! #IPL

What kind of comedy is this.

Riyan Parag has absolutely ridiculous attitude towards the game. He portrays himself way way higher in unnecessary activities and delivers so below average performances.
Don't see him getting anywhere near India cap.#RRvsGT