‘Ashwin sent in to retire out again?’ – Twitter perplexed by RR’s decision during 192-run chase 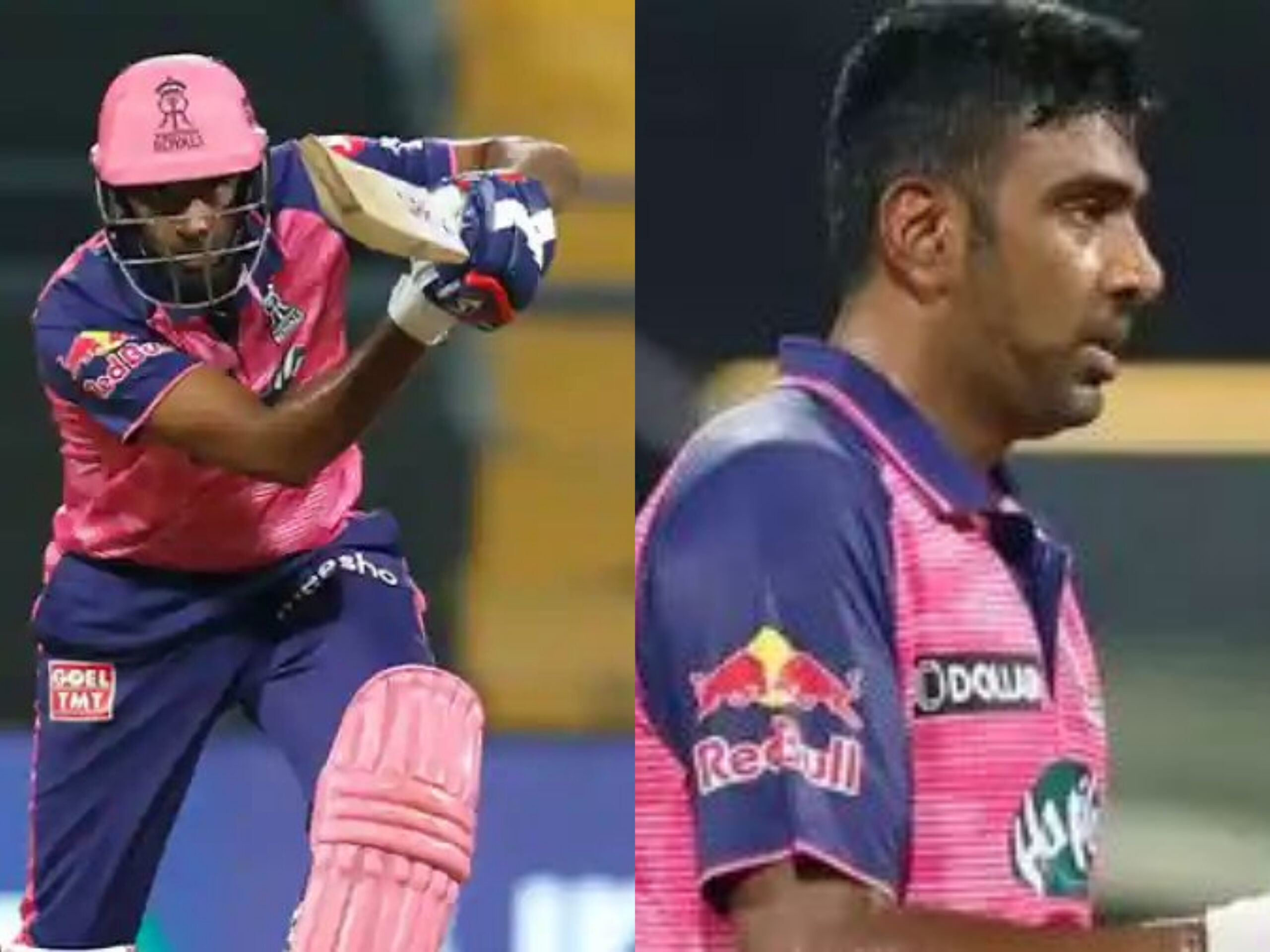 Rajasthan Royals have pulled a rabbit out of the hat with their tactics yet again. In their game against Gujarat Titans on thursday (April 12), they were in pursuit of 192, and after the first wicket fell in the second over, it was Ravichandran Ashwin who came out to bat for the Royals.

Jos Buttler began in his usual fashion. He took on Mohammed Shami in the opening over, smacking the veteran India pacer for three consecutive fours, reclaiming the Orange Cap from Hardik Pandya. Incidentally, Pandya himself had overtaken Jos Buttler earlier in the match, but held on to the cap only in the space of the innings break.

By the time Devdutt Padikkal took strike for the first time in last ball of the second over, Buttler had already plundered 28 runs off GT’s bowler, having hit five fours and a six. Padikkal was dismissed for a first-ball duck, and it was Ashwin who strolled in to bat at three alongside his old friend Jos Buttler.

The experiment was short-lived; Ashwin only lasted for eight balls, adding eight to the score. It was an entertaining eight balls though, including a huge six off Rashid Khan. But Lockie Ferguson did the trick in the end, Ashwin timed a shot well but couldn’t pierce the field. David Miller took a low diving catch to grab the ball just inches from the ground.

After the last game when Ashwin’s decision to voluntarily retire out sparked a lot of talk, Twitter users were waiting to see how the Royals would handle their batting order this time around. They weren’t disappointed, but many users questioned whether they shouldn’t have sent out a specialist batter considering they were chasing sucha high target.

Twitter had a mixed reaction to Ashwin batting at number three

Ashwin has been sent in to get retire out again?

Ashwin shark jumping at this point. Only remaining option to surprise us is him unmasked as the RR Twitter admin

Ashwin at 3 is still better than having Shankar at 3.#GTvRR

This was a great tactical move by RR: the maximal dispensable pinch hitter.

Ashwin's wicket is basically of zero value. So you tell him to go swing hard. Even an addition of 10 runs due to his swinging can be crucial.

Didn't come off today, but we should see more of it.

Understand the move to send Ashwin here, but I would have preferred if RR had sent Riyan Parag here. He has too much batting potential left to be under utilised at no. 7/8.

More than capable of taking advantage of the PP as well.

Ashwin last batted at 3 against Rajasthan I guess, in the 2018 edition when he was the Captain of KXIP.
Scored a two ball duck 😂😂

‘This is the Hardik Pandya India needs’ – Twitter applauds GT skipper’s half-century
IPL 2022: How much do top Indian batsmen earn per six?