‘At 18, Dewald Brevis looks like he’s played international cricket for a couple of years’ – Twitterati impressed by Baby AB’s debut 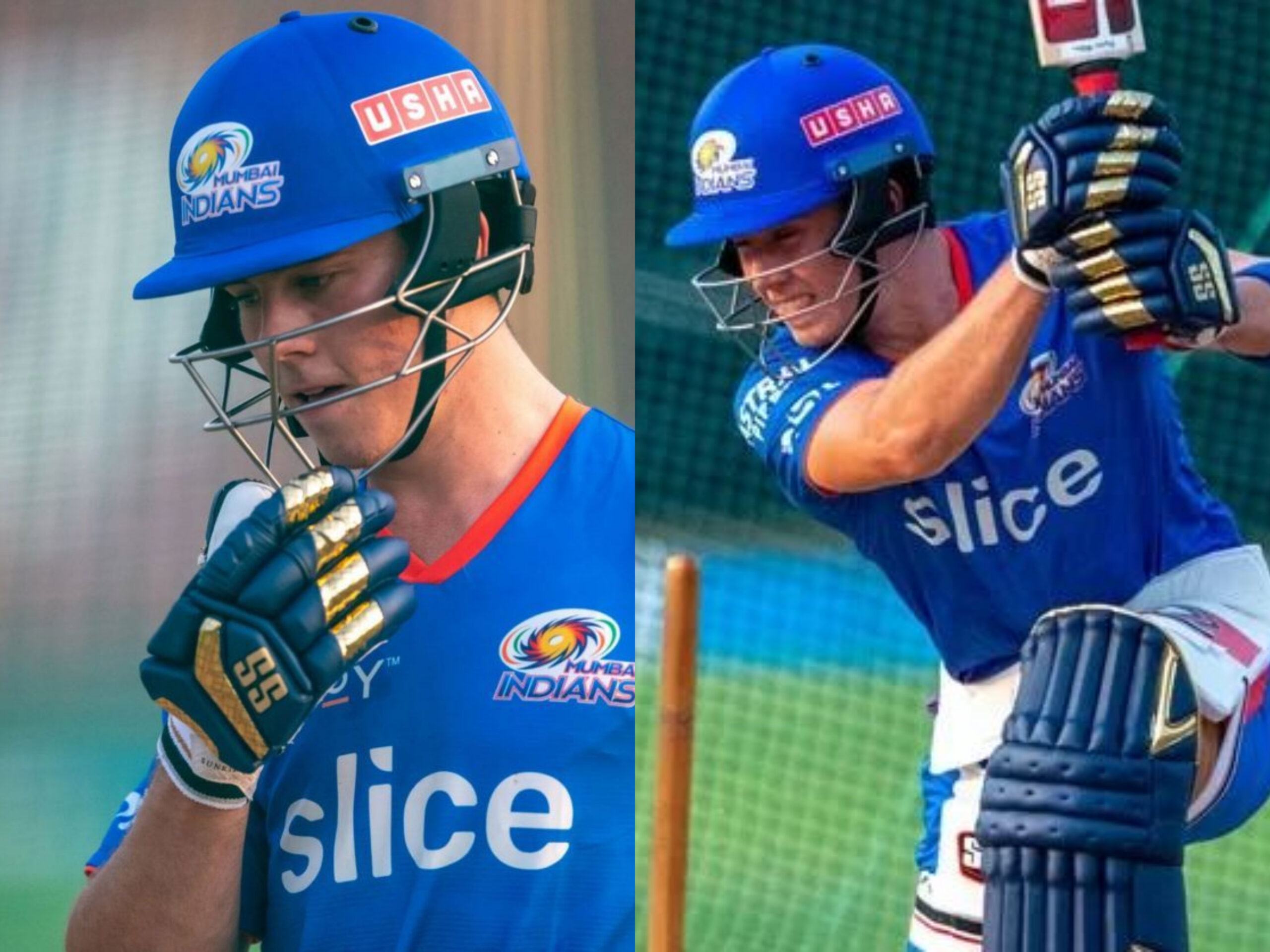 KKR won the toss and sent Mumbai in to bat. Skipper Rohit Sharma‘s poor form continued and he exited quickly, edging a short ball off Umesh Yadav to Sam Billings. Baby AB made his intent clear as soon as he walked in, slamming the second ball he faced for four. He had to go after he made 29 runs from 19 balls, stumped after missing the line off a Varun Chakravarthy delivery, but not before smacking two fours and two huge sixes.

Baby AB showed the kind of intent and control that neither of the Mumbai openers could manage, breathing a life into MI’s stuttering innings. Rohit and Ishan, with 233 matches and 33 crores between them, could only manage a combined tally of 17 from 33 balls. On debut, Brewis scored 29 from 19.

Brevis was launched into stardom after his heroics at the U-19 World Cup this year, which concluded in January. The explosive top-order batter broke a spree of records at the World Cup, most notably scoring 506 runs for 6 matches – the highest by any batter in any edition of the tournament, surpassing Shikhar Dhawan’s 505 in 2004. With 18 sixes, he now holds the record for most sixes ever hit by a single batter in the tournament, and he was naturally adjudicated the player of the series.

With his nimble feet, unconventional strokeplay and ability to torment bowlers with shots all over the ground, Brevis is reminiscent of the real AB de Villiers in many ways. Brevis has grown up idolizing his country’s superstar, but his style is all his own – he has never intentionally tried to copy Mr. 360.

Brevis registered himself at the IPL auction for 20 lakhs, but he eclipsed that sum by far, eventually getting acquired by the Mumbai Indians for 3 crores. Baby AB makes his debut today against Kolkata Knight Riders, in place of the struggling Australian all-rounder Tim David. MI’s batting so far in the IPL has been found wanting. There was much hype surrounding Brevis’ debut, which eventually turned out to be warranted.

Dewald Brevis at 18 looks like he has been playing international cricket for a couple years. The Proteas have something here, they'll do their best to fuck it up, but he will rise above it. #IPL2022

Dewald Brevis is showing early signs of why he will be a big player. Has time, picks up length quickly, and looks like Mumbai Indians have given him the licence to go

Indians more excited than all of SA on Dewald Brevis IPL debut. #ipl2022

What a moment for Young Dewald Brevis, playing a world number one bowler 🤩 at the age of 18