Atalanta vs Villarreal should be a good game and a tactical battle between two teams that want to win. 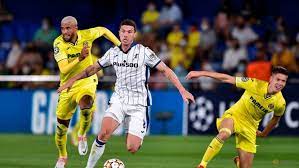 Atalanta vs Villarreal Where to watch?

Despite missing Robin Gosens and Matteo Lovato for the second consecutive match due to injury, Atalanta is generally in fantastic form, with Hans Hateboer just returning to action after recovering from a foot injury ailment.

After a strong performance against Napoli on Saturday, Ruslan Malinovskyi may have done enough to earn a starting position in the attacking midfield alongside Duvan Zapata and Mario Pasalic.

It is predicted that the home side will line up in a 3-4-3 configuration, with Marten de Roon and Remo Freuler joining him in midfield, while Muriel, Josip Ilicic and Matteo Pessina will likely be on the bench.

According to reports, Villarreal will be without Yeremi Pino, who is suspended, and Serge Aurier, ineligible, but the Yellow Submarine might be given two health boosts ahead of the encounter.

Indeed, both Arnaut Danjuma and Francis Coquelin are likely to recover from injuries in time to make their debuts, with the former perhaps lining up with Gerard Moreno and Manu Trigueros in the attacking midfield role.

There shouldn’t be too many surprises for the La Liga side at the back. Juan Foyth, Raul Albiol, Pau Torres, and Pervis Estupinan are all expected to start. In contrast, Etienne Capoue and Dan Parejo are scheduled to appear in the midfield for the hosts.

To predict this match is very tough, and there is a solid argument for both teams winning on Wednesday. This is a very difficult match to call. Despite this, the recent record of Atalanta has been quite encouraging, and we anticipate the home club to take all three points and book their place in the last-16 round of the tournament.