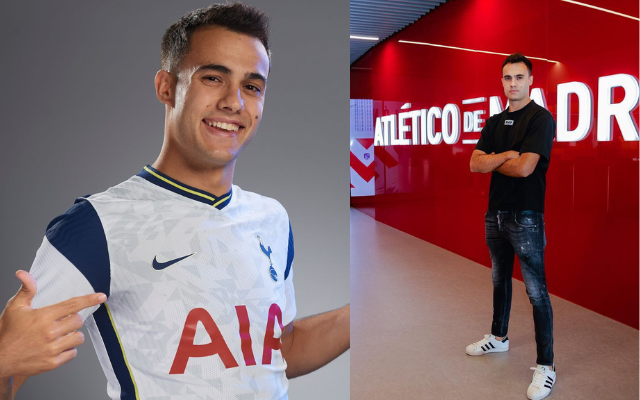 After his long-awaited debut for Atletico, defender Sergio Reguilon has caught the attention of La Liga powerhouses Atletico Madrid, who want to sign him permanently

Fichajes reports that Atletico Madrid has their sights set on making the loan from Tottenham that Sergio Reguilon is now on, permanent. The left-back just made his debut this past week, but the La Liga powerhouses already see him as a potential steal.

The left-back Sergio Reguilon struggled to make an impact during his tenure at Tottenham. While he had significant playing time under both Jose Mourinho and Nuno Espirito Santo, he was never able to establish himself as a regular starter. Antonio Conte, the new manager, made his intentions known to the fullback, and it was the end for the Spaniard.

While the rest of the Tottenham team jetted out to the far east for preseason training, Conte left Reguilon behind in London. The left defender made a late loan move, signing with Atletico Madrid. Despite Diego Simeone’s best efforts, the player was unable to contribute right away due to injury.

Reguilon just played in his first game this week, on Wednesday against Real Mallorca. Atletico boss Diego Simeone is apparently sure of his abilities and planning major changes to his defensive unit. As a result of their present financial situation, the La Liga powerhouses may be forced to sell some key players in order to raise funds for more financially sound alternatives.

Reguilon is one such player, despite Simeone’s faith in his abilities at left-back. As a result, Atletico would want to make his transfer permanent and may initiate talks with Tottenham about the financial elements of the transaction.

Tottenham might ask for a hefty price for the defender, who is under contract until 2025. The Spurs are still keen in Yannick Carrasco. In light of this, the two parties may be able to have divergent conversations.

Additionally, a contract for Udinese’s Destiny Udogie to join Tottenham next summer has been finalized. With this new player’s approaching arrival, Spurs will finally be able to move on from Reguilon. The issue that remains is how much they would want for the left back.

In January, Atletico might try to close a trade to free up Simeone’s time for other pursuits. It’s possible that the management may make further roster adjustments during the next window.