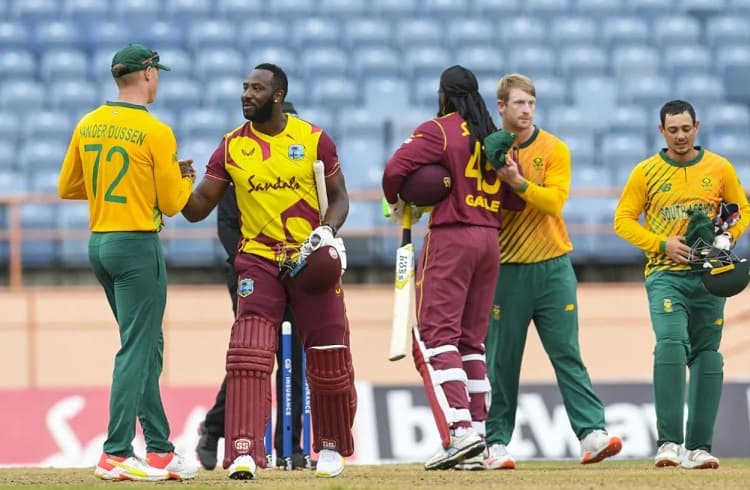 Australia vs West Indies 2nd T20 match will be played on 11th July Sunday at the Daren Sammy National Cricket Stadium, Gros Islet, St Lucia. The match is scheduled to start at 04:30 AM IST. After a fluctuating first T20 match between Australia and West Indies have moved on to the 2nd T20 with a lot of learning for them. Check Australia vs West Indies 2nd T20 Preview, Match Prediction, Pitch, Weather Report, TV Channels List, and Where to watch live streaming?.

The West Indies in spite of being the worse off in most of the game made a fabulous win on Saturday. West Indies are ahead in the race after winning the opening match.

Australia made an unremarkable trip in the opening match of T20 in the five-match series with the West Indies. After the unusual bowling, the players surrendered to a horrible batting breakdown where they lost six wickets for 19runs. Mitchell Marsh made 50 runs and his efforts went in vain. The 2nd T20 is in St Lucia and Australia needs to fight back to the win.

In the first T20, Australia won the toss and was elected to field first. Windies lost few wickets earlier and then Lendl Simmons and Shimron Hetmyer handled the innings. Both scored 27 runs and 25 runs respectively. West Indies knock out Australia in the 1st T20 match by 18runs to take the first position in the five series. Contending a fair total of 145, the West Indies spinner pulled things back in the later part and rolled out Australia in just 127 runs in 16 overs.

The pitch of the St Lucia stadium is very good for batting as Australia engraved 60 runs in the powerplay. Nevertheless, Obed McCoy, Hayden Walsh Jr, and Josh Hazlewood demonstrated that bowling wasn’t that hard.

Average 1st innings score – The average first inning score on this wicket is 159.

The temperature is expected to be around 26 degrees Celsius over the course of the day. Humidity will be 87% and 29km/hr wind speed. There are 78% chances of rainfall on the matchday.

Expecting Australia to win the 2nd T20 against West Indies to do comeback.

Fan code is owned by Dream Sports and will stream all 8 matches live of Australia vs West Indies 2021. The Fan code app is available at Google Play and App Store or simply log in to the Fan code site. It is a paid OTT service. Users need to buy a Tour Pass worth 49 rupees to watch live streaming of Australia vs West Indies match. However, if you want to view all contents available in the app you need to subscribe to 99 or 399 packs respectively. The Dream Sports doesn’t own TV Channel. So fans cannot watch the match on television in India.