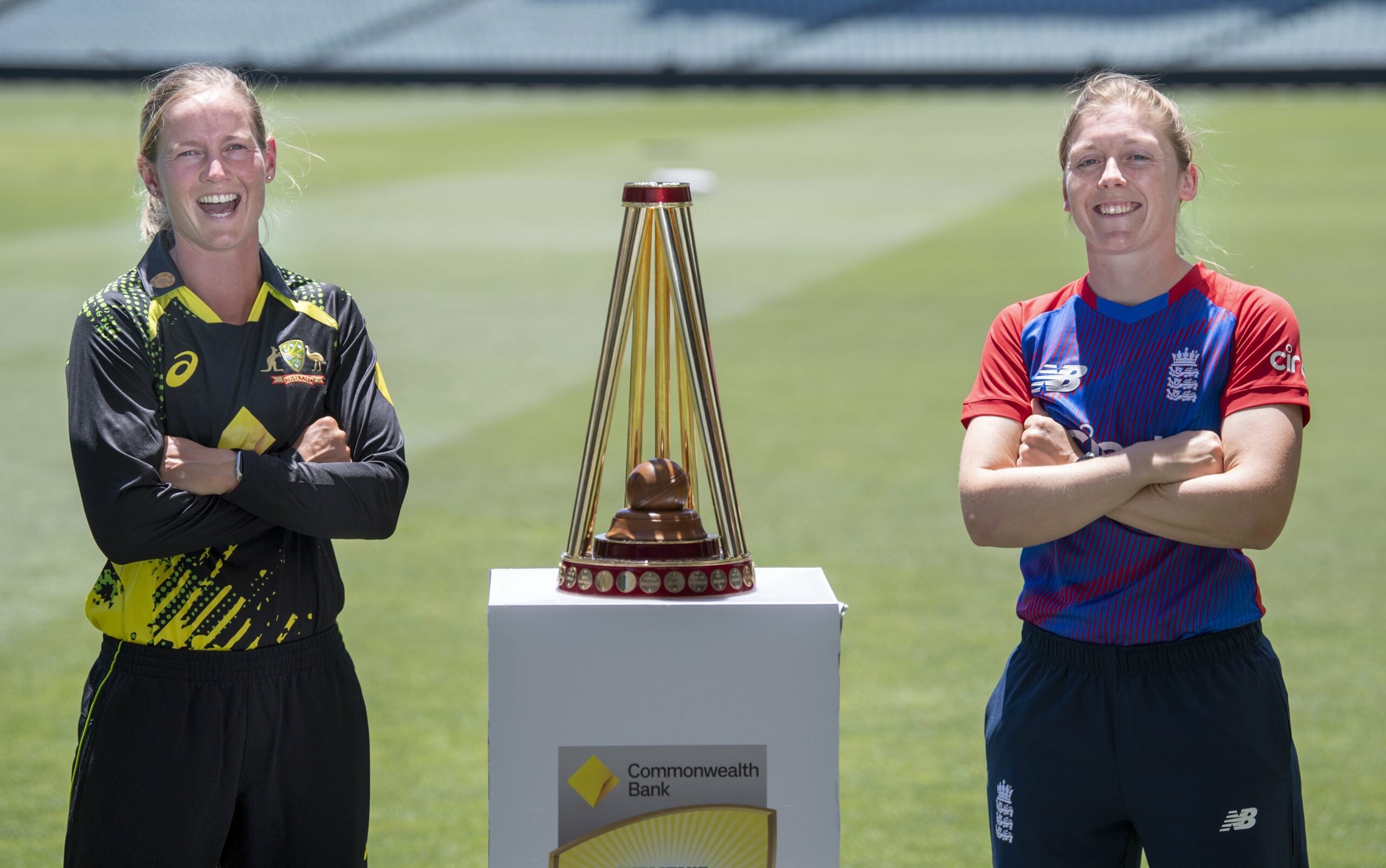 Australia Women will square off against England Women in the 1st T20I match of “Women’s Ashes” 2021/22 on 20th January at the North Sydney Oval, Sydney.

The T20I series will kick off the Ashes for both teams. Australia have been dealt a setback ahead of this series, as they will be without a number of crucial players. Amanda-Jade Wellington, Georgia Wareham, and Sophie Molineux, among others, will be missed. Furthermore, Beth Mooney, their best batter, has been injured and is expected to miss the rest of the season. Jess Jonassen and Megan Schutt, who were absent for the series against India, are back to help the Australian women’s team.

On the other hand, England’s women will be looking to avenge their 2019 Ashes campaign. With all of their main players available for the series, they have a well-seasoned team. With 312 runs in the last 10 games, Tammy Beaumont has been their highest scorer. Danni Wyatt has been an excellent supporter, scoring 252 runs in her previous nine outings. Sophie Ecclestone and Sarah Glenn have been their most effective bowlers, taking 12 and 11 wickets in their last ten matches, respectively.

Both Australia and England will be eager to get the Ashes series off to a good start and set the tone for the remaining matches.

The pitch at the North Sydney Oval favours the batsmen. However, there will be some help on offer for the bowlers as well. The team winning the toss will look to bat first and put pressure on the chasing side.

The two sides last faced each other in a T20I during the ICC T20 World Cup in 2020. England couldn’t handle the pressure as the Australian Women won the game comprehensively. The experience in the shortest format will come in handy in the upcoming series.

Expect Australia to kick off the T20I series with a win over England.

The match between Australia Women and England Women will be streamed live on the Sony Sports Network, Sony LIV and Sony LIV HD.