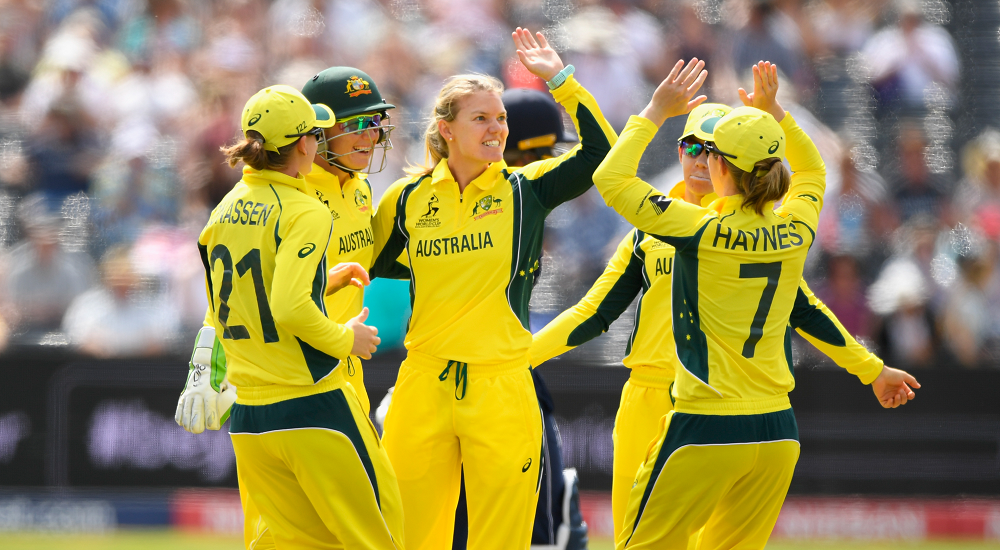 Australia Women vs Pakistan Women: Australia will be up against Pakistan playing their 6th match of ICC World Cup game against each another on Tuesday, 8th March at the Bay Oval Stadium.

We experienced an end to end game between these teams as they have been in their best form currently.

Australia had a previous clash against England where they won by 12 runs. Meg Lanning scored 86 of 110 and Rachael Haynes scored 130 of 131 runs. Alana King got 3 wickets.

Pakistan played their previous match against India where they lost the game by 107 runs Sidra Ameen played a good knock scoring 30 of 64 and Diana Baig scored 24 of 35. Nashra Sandhu earned 2 wickets.

In their previous encounter against each other, both the teams have faced each other on 10 occasions in which both Australia has won all the 10 games and Pakistan has won 0.

The pitch at the Bay Oval stadium is a balanced one favorable to both the departments. Batsman will get a higher advantage so batting first will be a good decision.

It is a humid day at the Bay Oval so there are no chances of rain interruption during the match.

Australia women are likely to win the game easily. They have a good current form and better win records currently. Pakistan also has a good balanced side and can try to steal a win.

The match between Australia Women vs Pakistan Women will be streamed live in India on, Star Sports channels and Hotstar App