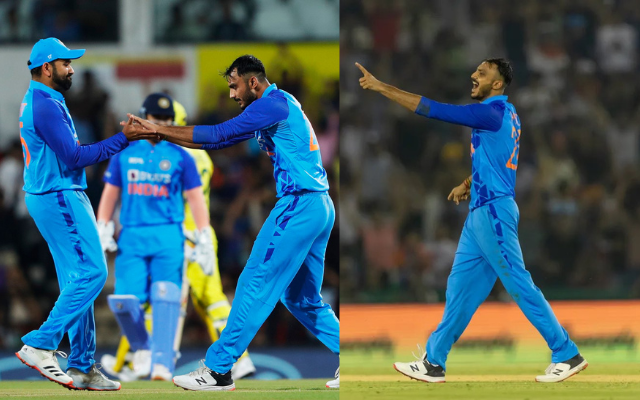 India and Australia have already played the first T20I with Australia ending up on the winning side. At the Punjab Cricket Association IS Bindra Stadium in Mohali, Australia won the first game.

In the three T20I games, Australia won the first one. Team India lost by 4 wickets, giving Australia the first lead in the series. The Indian team did everything they could to stop the Australians.

But the visitors were so much better than India in every way that it didn’t matter. They got all the runs they needed in 19.2 overs, giving them the first lead in the series.

At the same time, India and Australia are playing their second T20I at the Vidarbha Cricket Association Stadium in Nagpur. India needs to win this game to stay in the series.

Due to rain, the game didn’t start on time. After several checks, the umpires on the field decided it would be best to play the game, but with some rules.

Axar Patel was sensational with the ball

Because of this, each team could only play for 8 overs. Rohit Sharma, the captain of Team India, won the toss and chose to bowl first. We haven’t seen this happen in a long time. Even in the Asia Cup 2022, India didn’t get to chase against Pakistan or Sri Lanka in the Super 4 stage.

India lost both games and was kicked out of the tournament because they didn’t cross the finish line.

Now that India has won the toss, they had a great chance to keep the other team from making a big score and chase it down. Axar Patel bowled really well for India. He even bowled one over in the powerplay and was extremely successful. Another great spell by Axar Patel: 2 wickets for 13 runs in 2 overs, one of which was during the Powerplay in an 8-over game. Maxwell and Tim David were his wickets.

Bring in Bishnoi, they both will dismantle the opponent's in ease

Now we ain't missing Jadeja that much😷

tim david was big. that guy can hit