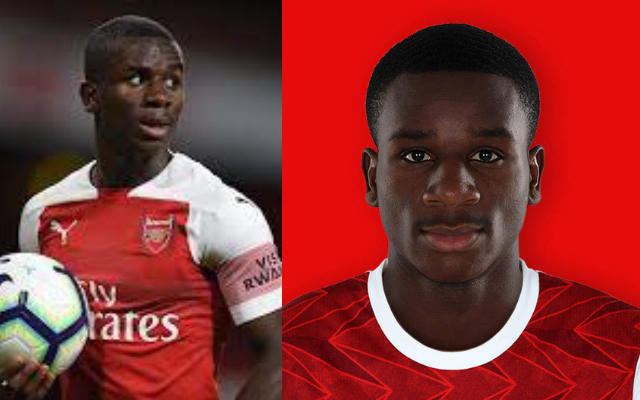 Jordi Osei-Tutu, a promising young player for Arsenal, is expected to complete his transfer to VFL Bochum in the next few days, but the specifics of the transfer fee have not been disclosed

Jordi Osei-Tutu, an up-and-coming left-back who now plays for Arsenal, is reportedly close to finalizing a transfer to VFL Bochum within the next few days. This comes as the player aims to put an end to his time spent with the club. The fullback has prior experience playing for the German club, having done so three years ago while the team was still competing in the Bundesliga’s second level.

Jordi Osei-Tutu’s performance for Arsenal’s youth squad drew praise from observers and earned him a spot on the team. The teenage defender was met with high expectations, and if it hadn’t been for his fitness issues, there was every reason to believe that he would have eventually broken into Mikel Arteta’s first-team squad.

The left-back has struggled with injuries and spent most of the previous season on the sidelines due to his absence. He was on loan at Nottingham Forest for the first part of the previous season and made only four appearances for them in the English Football League Championship. During that period, the squad participated in a total of 23 games, but Osei-Tutu was out for 19 of them due to a hamstring injury. He then suffered an ankle injury in late December.

Following that, Osei-Tutu moved on to play for the League One club Rotherham for the second half of the English season. The 23-year-old was able to get back in shape and play 14 times for them after his injury. However, even though he is now back in full fitness at Arsenal, the club is planning to sell him to another team soon.

Osei-Tutu is supposedly going to sign a three-year deal with VFL Bochum that would keep him playing for the club until 2025. The Bundesliga team VFL Bochum is going to sign him permanently. The left-back was a member of the club back in the 2019/20 season when they competed in the second level of German football. The kid is keen to return to Bochum, since it was with that club that he played some of his best football to date.

As a result of the recent sale of Armel Bella-Kotchap to Southampton, Bochum has very little cash available to purchase another young defender. Even if Osei-Tutu would not be the ideal choice to take the position of the 20-year-old center-back, the youth from Arsenal provides a strong alternative for the club to play left-back.

What’s next for him?

Young players have a lot of opportunities to move around in the league, notably at Southampton and Arsenal. After acquiring a promising center back in Bella-Kotchap, the Saints are now considering making a bid for Liverpool’s Neco Williams.

Miguel Azeez, a promising midfielder for Arsenal, is expected to be granted permission to leave the club on loan soon, and Girona of Spain is interested in signing the youngster. The Gunners have concluded that allowing Osei-Tutu to go permanently would prove to be the best choice for his professional development.

Osei-Tutu is under contract with Arsenal until 2023, and the club can pursue compensation because of this. Although the financial particulars are being kept under wraps, Bochum may be required to pay a little charge.