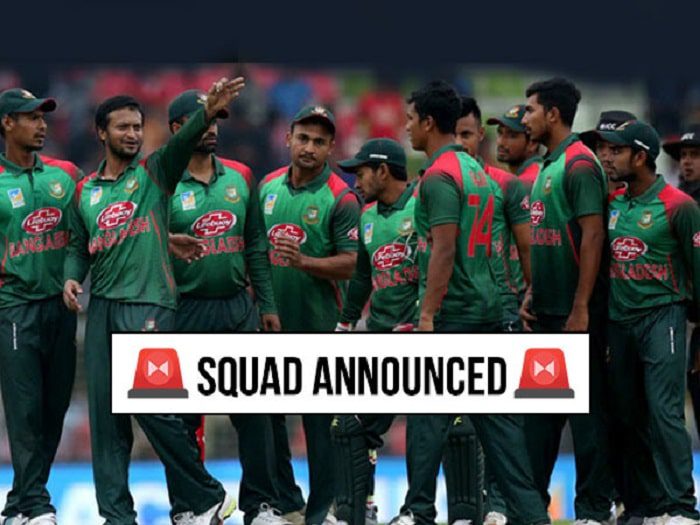 International Cricket Council is the world cricket governing body, announced the seventh edition of ICC men’s T20 World Cup to be held in Oman and UAE jointly. The entire tournament kick of from 17th of October 2021, with the first match between Oman and Papua New Guinea. ICC T20 World Cup takes place every 4 years, however due to the global pandemic, it is going to be held after 5 years. Check out Bangladesh 2021 Squad For T20 World Cup.

Bangladesh is one of the 16 participating nations that feature in the T20 World Cup. A total of 45 matches will be taken place in four venues, Abu Dhabi, Sharjah, Muscat, Dubai. So take a look at the Bangladesh 2021 Squad For T20 World Cup, Complete Players List, Owner, Captain, Stadium, And Fixtures.

Bangladesh has officially announced its 15 member squad that will be playing for the ICC T20 World Cup 2021. In September the national cricket governing body of Bangladesh said its all set with its 15 member squad in the upcoming international world cup for October-November 2021. Take a look at the entire squad here,

Who is the Owner and Captain of Bangladesh Cricket Team?

Like any other nations, Bangladesh is also managed and governed by the national cricketing body which is Bangladesh Cricket Board. It has become the associate member of the ICC in 1977. It has its headquarters in Mirpur, Dhaka.

The National Cricket team of Bangladesh is led by the captaincy of Mohammad Mahmudullah. he is an all rounder and a low or mid-order batsman. He plays for the national team in all formats. Apart from this he also represents himself in domestic leagues worldwide.

Sher-e-Bangla stadium is the cricket ground where the national cricket team plays all of its home matches. It was established in the yea 2006, with a maximum capacity of 25,000 people. It is also the headquarters of the Bangladesh Cricket Board.

The fixture for the Cricket team Bangladesh has been declared by the officials. The first match will be taken place in Oman on 17th October 2021, at 7:30 PM against Scotland. So take a look at the other match details of Bangladesh.

With the ICC T20 finally kicking off from 17th October 2021, here is an entire schedule that will give you details of all matches of the tournament. So take a quick glance and check out the table mentioned below.