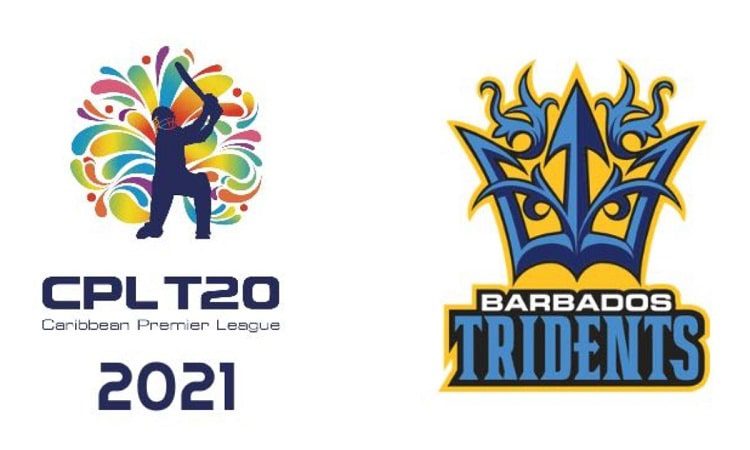 Barbados Tridents is one of the franchises in CPL. Caribbean Premiere League is a professional T20 series played by men in Caribbean. This year CPL is scheduled to kick off from 28th Aug to 19th Sept 2021. There are going to be 33 matches in total, held at Warner Park in ST Kitts, West Indies. Check out Barbados Tridents Players List, Captain, Owner, Coach, Jersey.

CPL consists of 6 franchises in total. Barbados Tridents won 3 times in a total of 10 matches. They won the 1st Premier match in 2014. The CPL title for the year 2019 was also acquired by them. Lets take a look at the Players List 2021, Captain, Owner, Coach, Team Jersey Details, Team squad, and Full schedule for the team.

Lets take a look at this years Barbados Team Squad 2021. Since last year, CPL 2020 was not in favor of the team Barbados, this year they are on a roll to win the trophy and be the successful team in the league.

Barbados Tridents 2021: who is the Captain and his past?

Jason Omar Holder is the captain for the team Barbados Tridents. He is a former Captain of West Indies Cricket Team. In 2019, he was officially ranked as the world’s best all rounder by the ICC Test rankings. Later in 2020 he was named in Barbados Tridents squad in CPL. He also was a part of the Chennai Super Kings CSK in IPL 2013.

Owner and Coach of Barbados Tridents 2021

Barbados Tridents team is owned by Manish Patel (CMG Companies). Kieron Pollard Led Barbados Trident to the 1st Major CPL Tile. Trevor Lionel Penney is the coach for the team Barbados Tridents . He was a former Zimbabwean cricketer. Immediately after his retirement as a player he started his coaching career. He coached teams like KKR, Kings XI Punjab in IPL.

Since the Series for T20 CPL is nearing, Fans are eagerly waiting to take a look at their favorite teams code. So here is Barbados Jersey details. Barbados Tridents Jersey Color is Blue, Sky Blue and Yellow. The Tshirt Color is Sky Blue and the Track color is Blue.

What is the Schedule for Barbados Tridents 2021?

The teams starts its opening match with St Kitts & Nevis Patriots on 18th August 2021 . The last match to be played by Barbados Tridents in the qualifying rounds will be against Jamaica Tallawahs on 5th September.