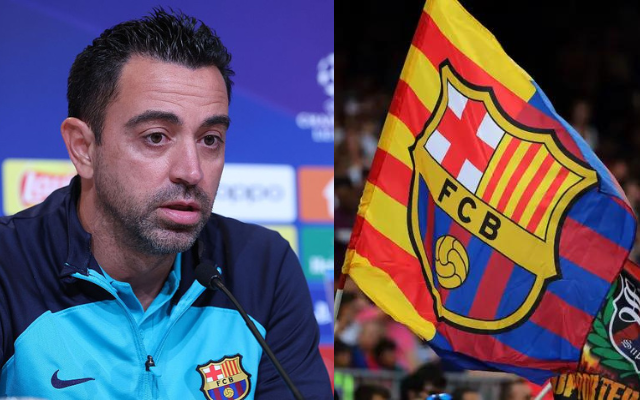 As a result of the recent string of injuries that Barcelona has been forced to contend with, manager Xavi Hernandez does not have many available choices for the right-back position.

In point of fact, the Barca manager has had to utilize three different players at right-back this season, and all three of them have suffered injuries in the previous week. Hector Bellerin, Jules Kounde, and Ronald Araujo are the players in question.

There were also doubts about the status of Sergi Roberto, who is 30 years old, but it seems that the defender has recovered from the problem he was having with his Achilles tendon. He will be ready to play when Barcelona takes on RCD Mallorca this coming weekend.

However, Xavi still needs a replacement in the right-back position for the match against Son Moix this coming Saturday. And it has been reported by journalist Albert Roge that the manager of Barcelona’s first team has selected Marc Casado, a 19-year-old prodigy who plays for the club’s Atletic team, to accompany the squad to Mallorca.

Xavi considered a number of players for the right back position, including Alvaro Nunez of Barca Athletic and Eric Garcia, who had on occasion played the position at right back in the previous season. The name of Alvaro Sanz was also brought up during the conversation by Rafa Marquez, who manages the reserve squad.

There was also the option of him playing a left back, such as Marcos Alonso or Alejandro Balde, in the position of a right back as a stopgap solution.

However, he has decided to go with Casado, and he has brought the star player from La Masia in to practice with the first squad today. The young man is predominantly used by Barca Athletic in the pivot position, despite the fact that he is technically classified as a midfielder.

However, Xavi played Casado right back when Barcelona played UE Olot in their first preseason game of the season this past summer. Casado started the game. It would seem that the manager sensed enough potential in the young player to take a chance on him once again when none of his usual options at right-back were available.

Since 2016, Casado has been employed by Barca. Even though he has played seven times so far this season, he has not yet made his debut for the first squad in an official capacity. Xavi does not have many options available to him in the position of right back, but that may change over the next few weeks.

Is Milan Skriniar coming to Barcelona in the next transfer window? Here is the update
‘If he came back, it would be free, so it would be viable within my area’-Barcelona’s economic vice-president provides an update regarding Lionel Messi’s return