Barcelona sports director Mateu Alemany has three principles and methods on which he negotiates with clubs, agents and players 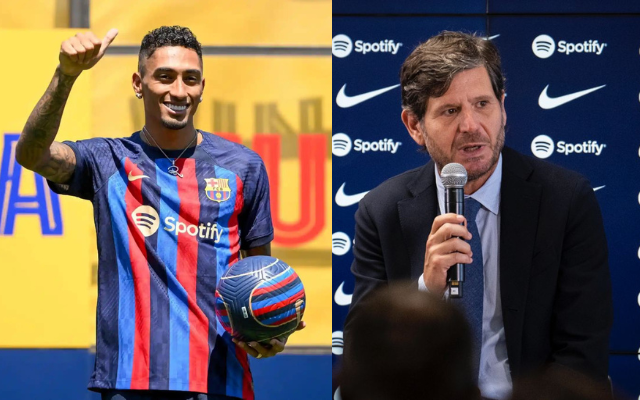 The acquisition of Mateu Alemany as the main negotiator and sports director of Barcelona has proven to be fairly successful for the club. Alemany has made it a priority to close the transaction in the club’s best interest despite the fact that the Blaugrana are still searching for a way to reclaim their previous glory.

To begin with, it was Alemany that came up with a solution to the ongoing drama involving Ousmane Dembele. This drama had been going on for quite some time. The young French striker was in the middle of negotiations with Barcelona over wages and the agent’s fee, and it was Alemany who insured the continuance of the winger’s contract without the commission and a ‘anti-injury’ provision.

It has been discovered that the 59-year-old follows a certain routine in his employment. According to the reporting of journalist Laia Tudel, there are a few aspects of the job that the sports director pays a great deal of attention to. First, he likes to keep meetings to a minimum amount of time, and second, he does not really develop personal relationships with the players.

It is stated that he wants to maintain his distance, and such meetings are reportedly held in an office rather than in a restaurant or a hotel.

What are the methods that Barcelona sports director Mateu Alemany follows?

In conclusion, one may say that Alemany is a morally upstanding individual. It was discovered that Alemany’s plan is broken down in great depth, and it was written that he only attends the meetings after he has devised a strategy and worked out all of the various permutations before engaging in conversation. This was one of the revelations.

“He’s an executor. You tell him who he has to sign and he gets it from you for the lowest possible price. It doesn’t matter what it’s called,” a Barça member was quoted as saying by the aforementioned media outlet.

“If he wants to pay you 10, he will start with one and a half. He also wins by exhaustion,” admits a former player.

In addition, many people have the impression that Alemany is a strong supporter of performance-based contracts. His strategy for every transaction is to include extreme factors, each of which, in his opinion, carries a significant amount of weight.

“He said to me, ‘if you play 45 minutes, it doesn’t count.’ I told him, ‘and what if I come on for half an hour and I score?’ He thought about it and agreed to change the clause. It was the only thing I ‘won’ against him in 10 years,” says another former player.

Mateu Alemany has become not just a “jack of all crafts,” but also a “master of all trades,” as a result of his proficiency in these approaches.

‘If he came back, it would be free, so it would be viable within my area’-Barcelona’s economic vice-president provides an update regarding Lionel Messi’s return
“But it’s clear that those at the top aren’t worried”, Jules Kounde slams the orgnaisers for a lot of matches after suffering an injury against Valencia