‘Batting at No. 4 has curbed his natural instincts’ – Hardik Pandya hits 50 but Twitter disappointed with slow strike-rate 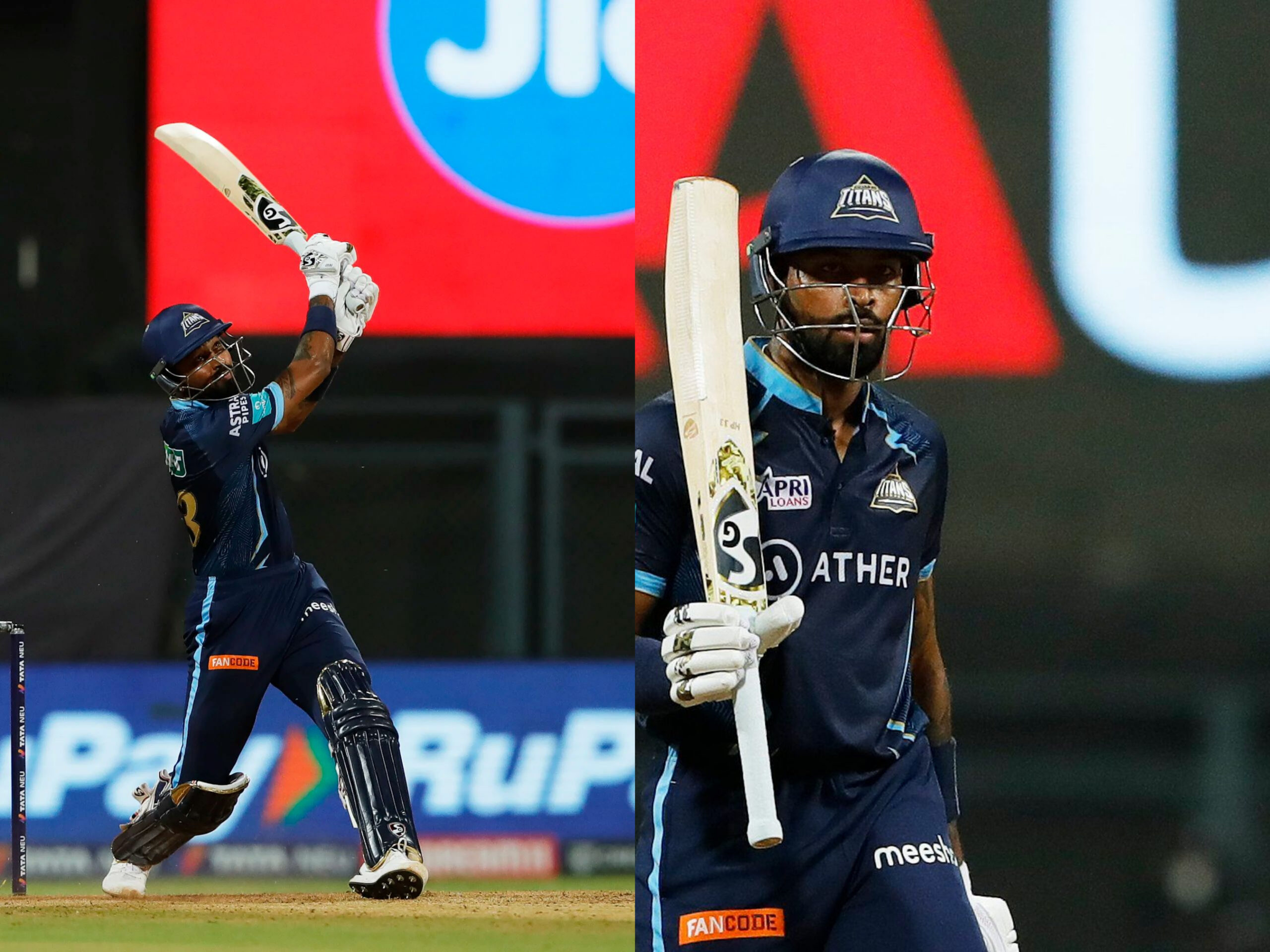 Gujurat Titans skipper Hardik Pandya hit a crucial half-century, his fourth of the season for his side against the Royal Challengers Bangalore on Thursday. He hit 62 off 47 at a strikerate of 131, his knock inclding four fours and three sixes. His fifty enabled the Titans to set RCB a target of 168.

GT lost Shubman Gill and Matthew Wade in the powerplay. Gill tried to play a length ball outside off from Josh Hazlewood, and Glenn Maxwell at slip pulled off a blinding catch to send him back for 1. Wicketkeeper Wade seemed to be the victim of a technical glitch, and was furious after he was controversially given out.

Hardik Pandya struck at 131 today, same as his season’s S.R.

Hardik and David Miller put on a 62-run partnership off 47 balls. It was eventually broken when Miller was outfoxed by Wanindu Hasarange in the 17th over, and he had to go after contributing 34(35) at a strikerate of 136.

The skipper brought up his half-century off 42 balls in the nineteenth over with a top-edged four off Siddharth Kaul. His and Rashid Khan’s  looted 34 off the last two overs, including a couple of memorable sixes off Hazelwood in the last over, to give GT’s total the vital boost it needed.

Hardik Pandya is the highest run-scorer for the Titans this season, with 413 runs from 13 innings. He averages 41, and the runs have arrived at an average of 131. Despite having played one game less than the rest, he is the currently the eighth highest run-scorer of the tournament.

However, Hardik’s innings drew criticism from some Twitter users who felt he could have scored runs faster.

If Hardik Pandya has to be on flight to Australia, he has to succeed as a finisher for Indian team or his ipl team where he has failed badly till now whenever he batted in last 5 overs . His finishing game has been exposed and teams have exploited it .#RCBvGT

Can Hardik Pandya really be our finisher?#CricketTwitter

Why do you think Hardik Pandya is not getting under the ball, even for full tosses?

The thing which attracted us to #HardikPandya the cricketer was his "swagger" often used by the legendary late #ShaneWarne on air.

This year willing to prove a point, by batting at no.4 he has curbed his natural instincts to attack much like Pant for DC.#GTvsRCB