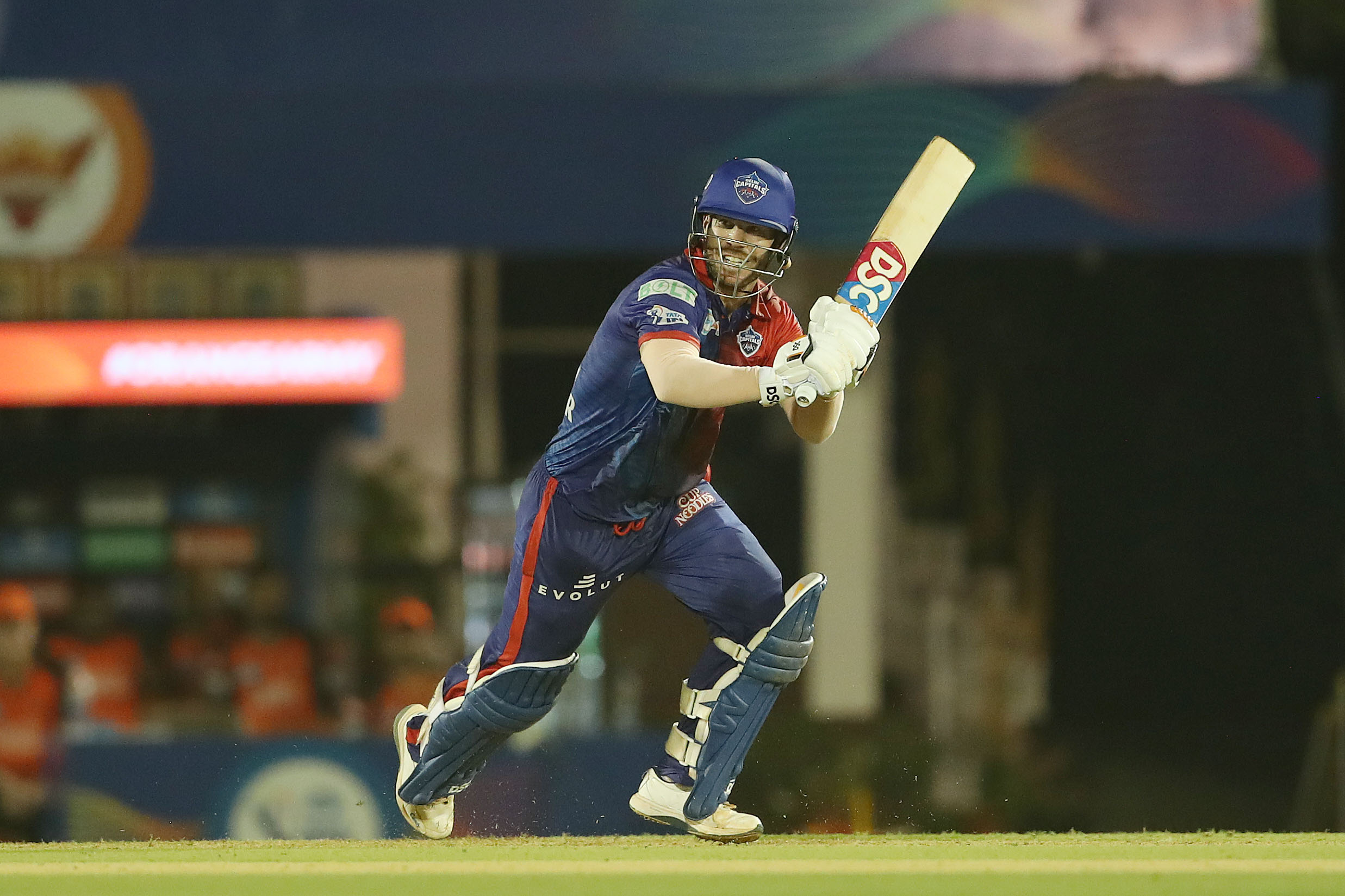 David Warner took center-stage today for the Delhi Capitals on Thursday in their fixture against his former team, Sunrisers Hyderabad. The Australian scored a brilliant half-century, hitting an undefeated 92 off 57 balls that included 12 fours and three sixes. He fell eight short of a hundred, but his strikerate of 161 took DC to a formidable 207-run target.

Warner began his innings in his usual fashion. He drove the first ball for four, then batted out an over quietly before smashing two fours off Umran Malik. Undeterred by the early loss of Mandeep Singh and Mitchell Marsh, he put together two thriving partnerships first with skipper Rishabh Pant, and then Rovman Powell. Pant looked good for 16-ball 26, but Powell simply incinerated the SRH bowling lineup. Together, he and Warner added an undefeated 122-run partnership off 66 balls. Powell’s blistering 67-run knock included three fours and six sixes at a strikerate of 191.

Warner has been in outstanding form this IPL. He has 365 runs from eight innings, averaging 59 while batting at a strikerate of 156. He is now the third highest run scorer of the tournament behind Jos Buttler, KL Rahul and Shikhar Dhawan, despite all three batters having played two more innings than him this season.

After a poor start in 2021, Warner was sacked from captaincy midway through the season, then dropped from the eleven. Today’s fixture is the first time he encountered his former franchise since the drop.

Fans on Twitter were highly gratified by the Australian opener’s success against his former side.

This is top notch by David Warner. I am sure this is a game he would have wanted to perform personally.
To actually deliver is not by any means easy. 4th highest run getter in the tournament having played 2 games less and strikes the fastest he has done across all seasons. 🙏

Warner enjoying every run against SRH. Like he was getting 1 lakh for every run. Love it. 🤣

The craziest thing about Warner is how routine he makes these starts look. 41* off 26 without breaking a sweat. Won’t get a better mix of acceleration and binding the innings from most players.

Performing well against your ex-team when you have left them on a toxic note is what they call poetic. Played, David Warner! #DCvSRH

Warner is a freakin Ipl Legend and his legacy is way greater than many high profile indian bigwigs!