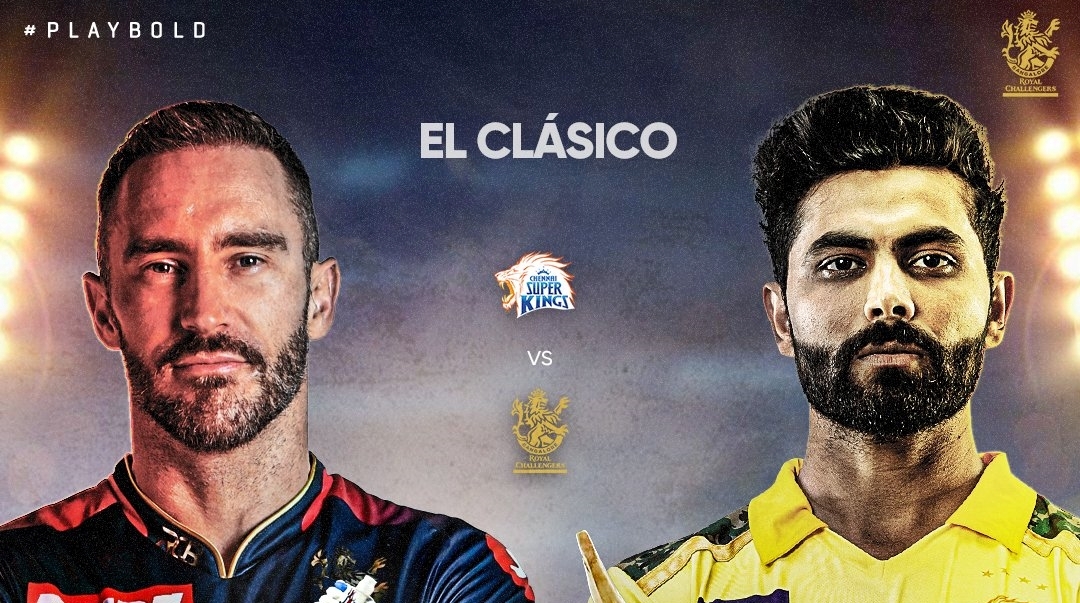 Chennai Super Kings square up against Royal Challenges Bangalore in today’s IPL clash, both teams heading into their fifth game this season. Their tournaments so far have been a study of contrasts, with CSK still winless and RCB racking up three victories. The defending champions are lodged at the bottom of the points table, while RCB sit pretty at number three.

RCB’s twitter handle, in the build-up to today’s game, have dubbed the rivalry IPL’s ‘El Clasico’. The tweet was met with much amusement and derision from fans. While RCB has emerged as a competitive team over the years, their awful playoffs record has ensured their trophy cabinet remains empty. They have played three IPL finals, but lost in 2009 to the Deccan Chargers, were defeated by CSK in 2011, and the Sunrisers Hyderabad triumphed in 2016. RCB ended last season at number three on the points table, but were knocked out in the Eliminator by runner-up Kolkata Knight Riders.

CSK meanwhile is arguably the IPL’s most successful team, present form excluded, with four trophies acquired across 12 years. They’ve also played eight finals, most by any team by far, and have made the final four in every season they’ve played barring 2020. ‘El Clasico’, Spanish for ‘classic’ originally refers to the bitter rivalry between Spain’s football clubs Barcelona and Real Madrid. Mumbai Indians has done one better than CSK with five IPL cups, and the term ‘El Classico’ had always been applied to the match-ups between the blue and yellow juggernauts.

In context of RCB, the ‘El Clasico’ title makes much less sense – their head-to-head is severely skewed far in favour of CSK. In 29 games, CSK have won 18 and RCB just nine. Last season RCB received drubbings in both their clashes. Ravindra Jadeja destroyed them at Wankhede Stadium in their first encounter with his famous 37-run over off Harshal Patel, and CSK won by 69 runs. Later that year in Sharjah, they easily chased down RCB’s 156-run target.

Of course, that was the CSK of old. The chances of similar results tonight have almost zero probability. But despite CSK’s poor form and the unlikelihood of a win tonight, RCB’s tweet was heavily derided by fans who haven’t forgotten the side’s consistently strong performances over the years.

RCB calling themselves part of El Clásico with 0 trophies, it's like Vijay Shankar calling himself a part of best all-rounders in the world #IPL2022 https://t.co/11rflBAvhL

One franchise declared themselves as a past of El Clasico.
Finished at no. 8 in most of the seasons. Most trolled franchise among all. Don't even have single trophy. But Audacity to tweet about El Clasico 🤡
Massive SHAME !!
Everyone knows about REAL EL Clasico.
Even Google knows pic.twitter.com/s55lo0gnpE

The El Clasico of IPL pic.twitter.com/t89k91rVZ5

Battle of the big guns. People would say CSK vs MI is the El Clásico. It’s more of a cricketing rivalry. #RCBvCSK is more of an emotional rivalry. It travels beyond the game of cricket. It can’t be restricted to mere runs and wickets. pic.twitter.com/kHjZRII7MD

RCB vs CSK is just a derby game MI vs CSK is the real Clasico https://t.co/pK1WnjToMP

Deepak Chahar picks up a second injury, unlikely to return in IPL 2022
Washington Sundar injured, likely to miss at least next two games for SRH