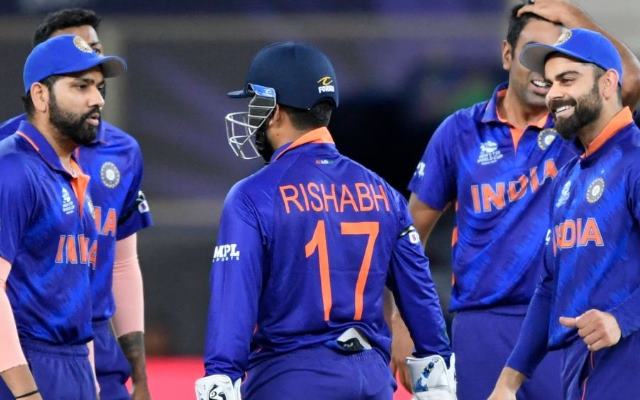 The Board of Control for Cricket in India (BCCI) has announced the amended schedule and venues for India’s forthcoming home series against the West Indies, which will consist of three One-Day Internationals (ODIs) and as many Twenty20 Internationals (T20Is).

The three 50-over matches of the series will now be played in Ahmedabad’s Narendra Modi Stadium, followed by three Twenty20 Internationals at Kolkata’s Eden Gardens, according to the schedule. According to the original schedule, the matches were to be held at six different locations: Ahmedabad, Jaipur, and Kolkata for the three One-Day Internationals (ODIs) on February 6, 9, and 12, and Cuttack, Visakhapatnam, and Thiruvananthapuram for the three Twenty20 Internationals (T20Is) on February 15, 18, and 20.

However, in light of the pandemic situation in India, which is currently in the midst of the third wave of Covid-19, the board has decided to “limit the series to two venues instead of six” to “mitigate biosecurity risks by reducing travel and movement of the teams, match officials, broadcasters, and other stakeholders.

Due to an increase in Covid-19 instances in the country, the BCCI was just recently compelled to postpone three key domestic events — the Ranji Trophy, Col C K Nayudu Trophy, and Senior Women’s T20 League – as a result of the rising number of cases.

However, after arriving in Ahmedabad, India, on February 1, the West Indies squad would be subjected to a three-day quarantine before beginning training on February 4. The BCCI has also changed the date to prevent a conflict with the IPL mega auction, which is set to take place in Bengaluru on February 12 and 13. According to the current schedule, the series will begin with the first One-Day International (ODI) on February 6, followed by games on February 9 and 11. There will be three Twenty20 Internationals (T20Is) on February 16, 18, and 20.

Earlier on January 22, the BCCI confirmed that the IPL mega auction will be held as scheduled, despite speculation that the venue would be changed due to the Covid-19 surge. It is also expected that the 15th edition of the tournament will begin on March 27, a week earlier than the originally scheduled start date of April 2.

The schedule for India vs. the West Indies in 2022 has been altered: