“Being Physical Is Not Acceptable At All”, Twitter Furious At Asif Ali For Raising Bat Against Fareed Ahmad 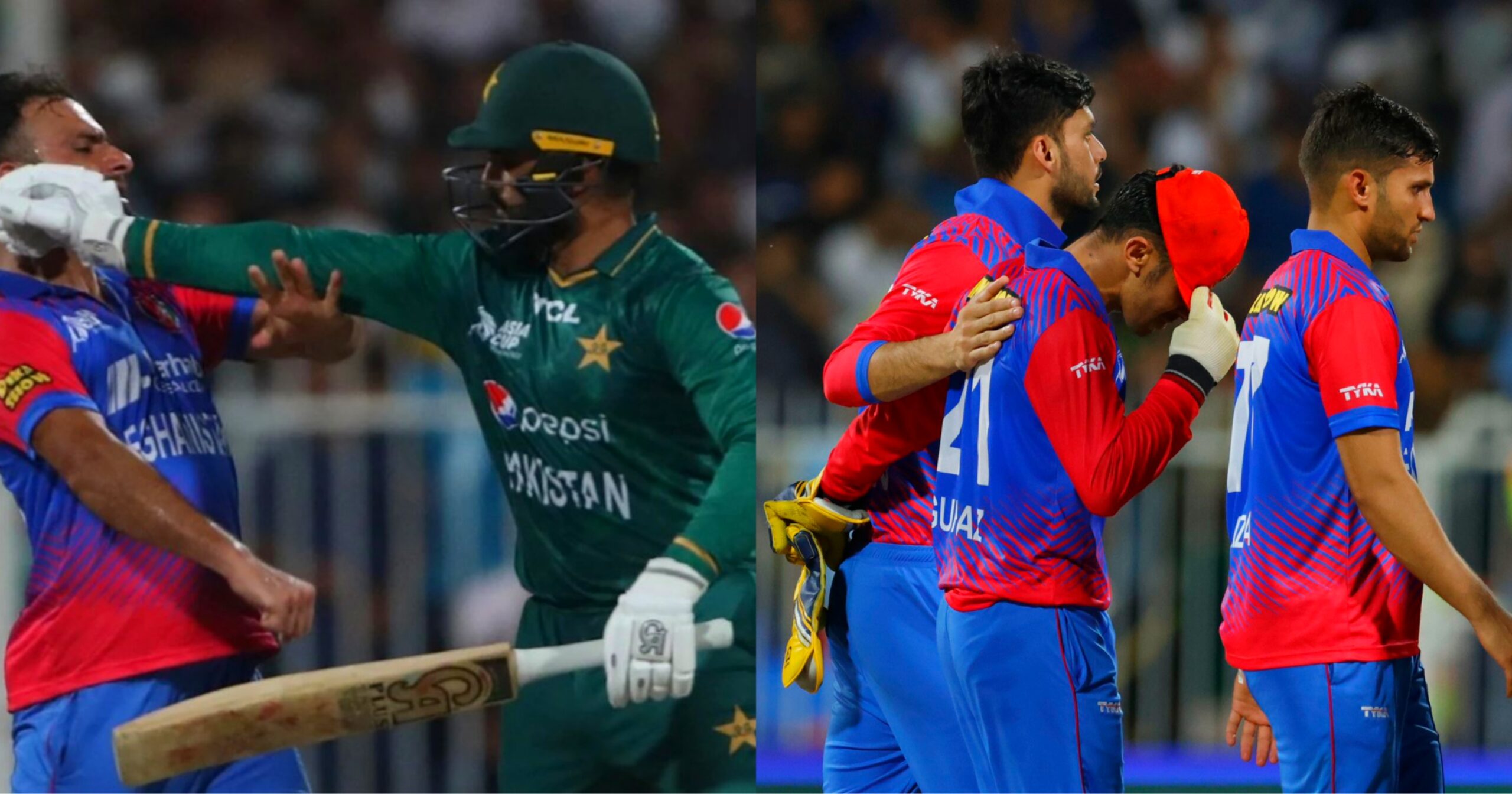 Asif Ali vs Fareed Ahmad: Before the game started, everyone knew that it was going to end with a few formal handshakes, with the scorecard reading out loud that Pakistan made it to the final and a smile of content across the Men in Green’s face about another dominating display. But it all changed and probably would have been a completely different narrative only if Afghanistan could have held their nerves.

The match ended with Pakistan’s number eleven furiously screaming and thumping his fists with the joy of pulling off a remarkable escape from the sheer jaws of defeat, emotions flowing high and also the Men in Green finally making it to the final of the latest edition of the Asia Cup.

No one thought that this game could have been a cliffhanger, especially after Afghanistan started collapsing. They started losing wickets at regular intervals after the early blitzkrieg that allowed Pakistan to stage a remarkable comeback. Ibrahim Zadran was the highest run-scorer for Afghanistan and had fragmented contributions from the rest of the team.

After much tug-of-war, Afghanistan managed to pile up 129 on the cards which seemed like a pretty innocuous total and with the kind of batting depth that Pakistan comes to the tournament with, it was supposed to be a walk in the park.

Fazalhaq Farooqi shocked the crowd as he removed Babar Azam for a golden duck. Fakhar Zaman’s poor form continued as he was run out for a paltry 5. Iftikhar Ahmed joined forces with Mohammad Rizwan but the joys were ephemeral for Pakistan while it was Shadab Khan who put in a string shift to propel Pakistan within closer range of the winning figures.

That is exactly where the trouble started brewing for the Men in Green. From 87 for 3, they had a severe meltdown that brought them on their knees, stuttering at 118 for 9. There was a new twist in the game that saw Asif Ali suddenly getting all hyped up, trying to pull off a Javed Miandad. And then there was Fareed Ahmad who just responded in signature fashion like Dennis Lillee.

Twitter lit up like anything as the 22 yards turned into a full-blown battlefield, with a few fans drawing contrast to Khabib vs McGregor 2.0. At the end of the day, however, calmer nerves prevailed with some wild celebrations that followed post a chaotic contest.

This is stupidity at extreme level by Asif Ali and should be ban from the rest of the tournament, any bowler has the right to celebrate but being physical is not acceptable at all https://t.co/ebnqSaRRmD

Disgusting behaviour by Asif Ali. He did a Javed Miandad against Denis Lillee back in the day. Asif Ali has to receive a one-match ban at the very least. #PAKvAFG #AsiaCup https://t.co/zDDEZsSAqz

shameless act from asif ali. exchanging words is still okay, but raising your bat towards the other individual is not ok
ICC should be ban Asif Ali for entire Asia cup#PAKvAFG #asifali pic.twitter.com/DigGA3EO3J

If @ICC don't ban Asif ali than its a shame on cricket pic.twitter.com/oHZCrMxyz2

Ban Asif Ali for what he has done against Afghanistan #PAKvAFG pic.twitter.com/gWV9Uda4xY

This is stupidity at extreme level by Asif Ali and should be ban from the rest of the tournament, any bowler has the right to celebrate but being physical is not acceptable at all. @icc @ACCMedia1 pic.twitter.com/3ledpmM3mt

‘Naseem Shah! Remember the name’-Twitter reacts as Naseem Shah hits two sixes in two balls to carry Pakistan to the Asia Cup 2022 final
‘Always knew that my brother is made up for something special’-Shaheen Shah Afridi’s special message for Naseem Shah after he wins the match for Pakistan with his bat