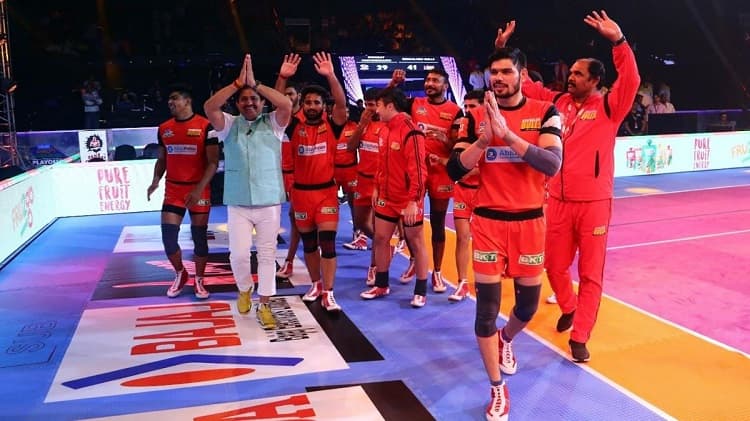 The Pro Kabaddi League is a famous-level Kabaddi league all over India. It was founded in the year 2014. Most importantly, Pro Kabaddi 2021 season 8 Bengaluru Bulls team has been confirmed. The team Bengaluru Bulls is owned by Kosmik Global Media. However, it is led by Rohit Kumar and head coach Randhir Singh. Whereas; the home ground of this team is the Kanteerava Indoor Stadium. Check Bengaluru Bulls Pro Kabaddi Team Players 2021, Captain, Owner, Coach, Jersey, Team Squad & Full Schedule

However, the team is based in Bengaluru, Karnataka, and was founded in 2014 with the establishment of the Pro Kabaddi League. They were crowned as the winners of the Pro Kabaddi in 2018; after they beat Gujarat Fortune Giants in the finals. However, it is one of the most successful teams in PKL. Whereas; the previous few years Bengaluru Bull’s performance was better than any other team. Bulls had also won one title in PKL under the Rohit Kumar Captaincy.

However, you can buy Bengaluru Bulls Jersey Sale t-shirts from the online shopping app of Amazon and Flipkart; at reasonable rates download the app from the google play store, and you can check out the links too from the official website of amazon and flip-kart.