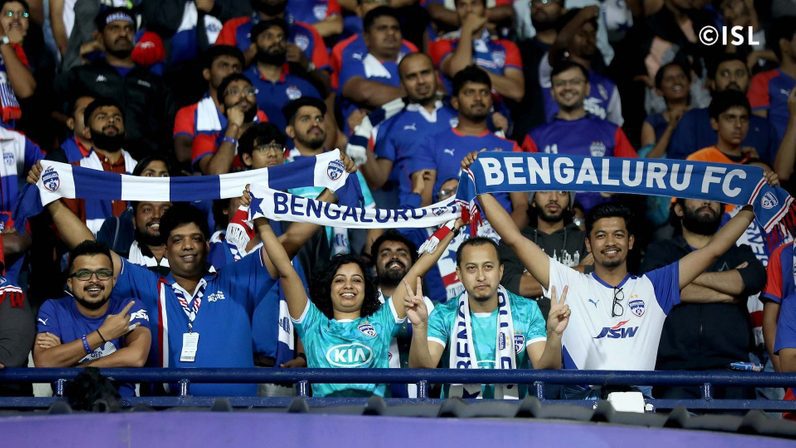 Bengaluru FC will take on ATK Mohun Bagan in the 31st match of the Indian Super League ISL 2021/22 on Thursday, 16th December at the GMC Athletic Stadium, Bambolim.

Bengaluru FC have been disappointing in the ISL 2021/22 season as they find themselves struggling at the eighth spot in the points table with a win, draw, and four losses. After a win in their first game, they have performed poorly and are on a five-game winless streak with the most recent one being a 2-1 defeat against FC Goa.

ATK Mohun Bagan, on the other hand, have had a mediocre run in the tournament winning two games and losing as many matches while the other one ended in a draw. They were held to a 1-1 draw by Chennaiyin FC in the previous game and are now standing at the sixth spot in the points table.

Bengaluru FC and ATK Mohun Bagan have met on three occasions with ATKMB winning all three games. They last faced each other in AFC Cup 2021 where ATK Mohun Bagan came out on top with a 2-0 victory.

ATK Mohun Bagan start as favourites to win this match against Bengaluru FC. They are unbeaten against the Sunil Chettri led-side and would be eyeing to maintain that streak.

The match between Bengaluru FC and ATK Mohun Bagan will be streamed live on the Star Sports Network, Hotstar, and Jio TV.