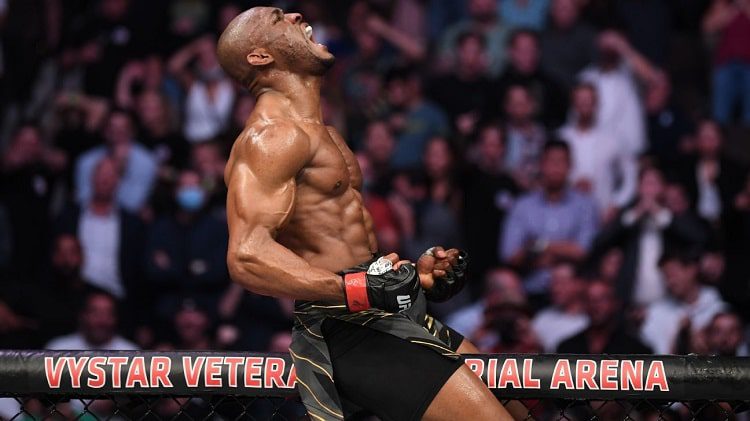 UFC also known as Ultimate Fighting Championship is an American mixed martial arts promotion company. Best Fighters Of UFC. The company was founded in 1983 in Las Vegas and is owned by Zuffa. Dana White is the president of UFC since 2001.

UFC has held over 500 events worldwide that showcases twelve categories. UFC has produced some very Great fights and fighters. The Fighters have a made a very big name for them worldwide and have earned a fortune from event. Now UFC has become one of the most popular events on planet and its stars continuously gaining Fame.

UFC has given a platform to many fighters to showcase their skill and be recognised world wide. The championship has saw many fights and many fighters rise to fame. Let’s have a look at the best fighters in UFC in the year 2021.

Charles Oliveira da Silva is a professional MMA artist born on 17 October 1989 in Sao Paulo, Brazil. Charles started his professional career in 2008 and he competes in the Light Weight category. Charles has a record of 31-8-1.

Jerome Max Keli’i Holloway is an American Mixed Martial Artist born on 4 December 1991. Max was born in Hawaii and started his professional career in 2010. Holloway competes in the featherweight division in the UFC. He graduated from Waianae High School in 2010. He has a MMA record of 22-6.

Stipe Miocic is an American mixed martial artist born on 19 August 1982 in Ohio, United States. Stipe started his career in 2010 and he currently competes in the heavyweight category. He is a former 2 times heavyweight champion and widely regarded as one of the most successful fighters in UFC history. He has a MMA record of 20-4.

Jan Maciej Błachowicz is a polish professional mixed martial artist born on 24 February 1983 in Cieszyn, Poland. Jan is a light heavyweight category fighter who started his career in 2007. He is the current light heavyweight champion in UFC. He has a MMA record of 28-8.

Dustin Glenn Poirier is an American Professional mix Martial artist who is born on 19 January 1989 in Louisiana, United States. Nicknamed as diamond Dustin started his professional career in 2009 and currently plays in lightweight division. He is a former Interim UFC Lightweight Champion. He has MMA record of 28-6-1.

Francis Zavier Ngannou is a Cameroonian Mixed Martial Artist born on 5 September 1986 in Batié, Cameroon. Francis started his professional career in 2013 and he currently fights in Heavyweight Division. He is the reigning UFC Heavyweight Champion and is the hardest recorded Puncher in the UFC History. Francis has a MMA record of 16-3.

Israel Mobolaji Temitayo Odunayo Oluwafemi Owolabi Adesanya is a Nigerian born New Zealand professional mixed martial artist born on 22 July 1989 in Lagos, Nigeria. He started his professional career in the year 2009 and fights in the Middleweight division and is the current Middleweight Champion. He has a MMA record of 5-1.

Jonathan Dwight Jones is an American Professional Mixed Martial Artist born on 19 July 1987 in New York, United States. Jones started his career in 2008 and was the reigning Light Heavyweight Champion in 2016. His MMA record is 26-1-1. He is a former UFC light heavyweight champion who held the title from March 2011 to April 2015 and from December 2018 to August 2020. Jones also hosted a preliminary UFC Light Heavyweight Championship in 2016. As of November 2, 2021, he is sixth in the UFC Men’s Pound for Pound Ranking.

Kamarudeen Usman is a Nigerian-American professional mixed martial artist, former freestyle wrestler and graduated folk style wrestler. Born on 11 May 1987 in Auchi, Nigeria, He is the reigning Welterweight champion and is into Martial Arts since 2012. His MMA record is 19-1. As a wrestler, Usman competed primarily at 84 kg and was a member of the US University World Team in 2010. He accepted college students for £ 174 and passed the 2010 NCAA Division II National Champion, three NCAA DII All American, and NAIA National Qualifiers.