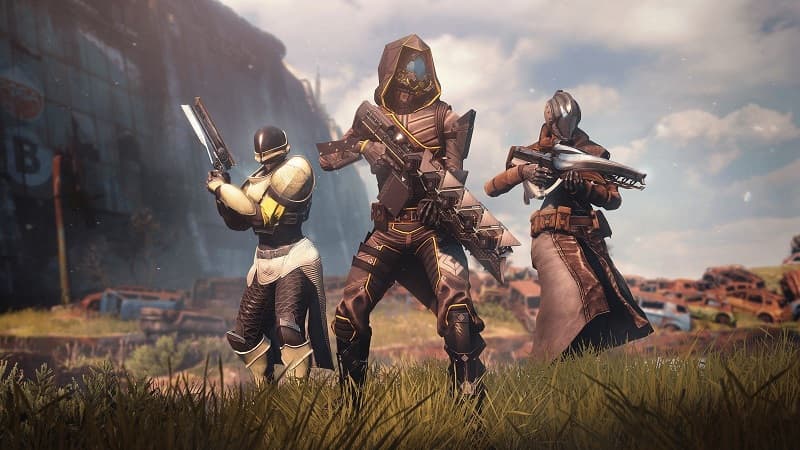 A game environment where more than one player can play can be called a multiplayer game. Some of these games do not need an internet connection but some do to create a similar platform where each and every player can play. Multiplayer games can be played on PC as well as mobiles. Check Top 10 Best Multiplayer Games On PC In 2021.

Most of the multiplayer games are based on wars and battles which create an environment of a war zone where friends can come together on a single platform and showcase their skills. Each of them has special skills and traits which allow them to defeat other players except in some games where players’ character skills are similar.

100 Players are in a particular lobby, with a squad of 4/2/solo. The last squad standing on the battlefield wins the prize and points are credited in the rank list. more than 50 guns with other weapons are been provided on the battlefield to kill the enemy squad.

Real-time strategy video game. the game is based on wars between the races of the galaxy each race is provided with unique powers and specifications. there is a total of 3 powerful and unique races in starcraft 2.

First-person hero shooter game developed and published by riot games. Players play as an individual given different characters which are then assigned to defending or attacking squad which makes this game a very competitive game as player performances are ranked on the basis of their skills.

Free to play a multiplayer game where a team is sent on space for a particular assignment. one of the crew members is assigned as an impostor and he kills the player. The other crew members have to guess the impostor and kick them out by the majority of votes.

Free to play online-only multiplayer first-person shooter. Players are assigned as guardians and can increase their level by increasing their experience. in this game, there are three classes destiny and has its own specific upgrades, perks, special abilities, and three sub-classes that allow players to finely tune their individual characters to provide a different play style

shooter game developed by Respawn Entertainment and published by Electronic Arts, Free to play a multiplayer game. A squad of 3 members each with unique abilities which are called “legends”. each player selects an individual character that is not selected by another player in the squad.

Multiplayer game available in three distinct modes each with different battlefields and load out. three modes are 1) Fortnite: Save the World 2)Fortnite Battle Royale 3)Fortnite Creative. each game has its own theme most popular among these is Fortnite battle royale, where 100 players are assigned in a particular battleground with weapons last one standing wins the round.

Players control a particular character to kill another player to gain experience, Items also increase champions strength. Each match is discrete levels and items do not transfer from one match to another, Most like games when the combat factor is considered.

The first-person shooting game also contains 5 game models which are 1)Attack/Defend 2)Capture the flag 3)Control point 4)King of the Hill 5)Payload each of them having a different theme. play as one of nine character classes in these teams, each with their own unique strengths, weaknesses, and weapon sets, players can choose their own characters.

A first-person shooting game is a squad game with each squad having 6 members are opposing each other. each squad member is provided with a shooting weapon of their choice to kill the opposite team.