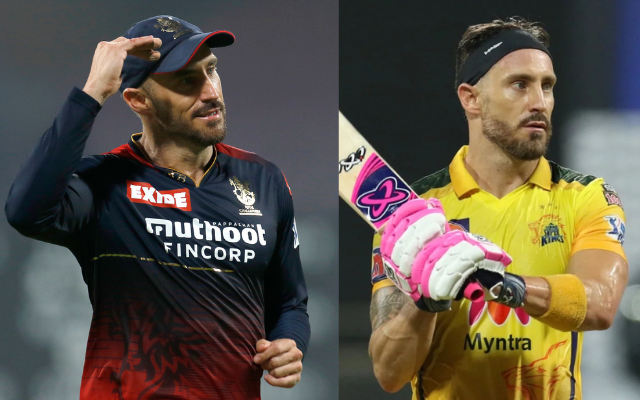 In the Twenty20 league that will be started by the CSA beginning in 2023, Faf du Plessis will serve as the captain of the Johannesburg Super Kings. The club decided to make Du Plessis, a former South African captain, one of its five direct signings for a fee of $375,000, making him the most expensive of the five. In addition, for the sum of $400,000, the franchise, which is owned by Chennai Super Kings Sports Limited, which is also the company that owns the Chennai Super Kings team in the Indian Premier League, has purchased Moeen Ali‘s services.

During his time with Chennai Super Kings, which spanned from 2011 to 2015 and then again from 2018 to 2021, Du Plessis participated in a total of one hundred matches. Moeen was another player that joined the Chennai Super Kings in the year 2021.

Faf du Plessis will be the captain of Johannesburg Super Kings

Another one of Chennai’s 2022 players, the Sri Lankan off-spinner Maheesh Theekshana, has been sold to the Johannesburg franchise for a sum of two hundred thousand dollars. The club has also acquired the services of South African fast bowler Gerald Coetzee ($50,000) and West Indian allrounder Romario Shepherd ($175,000), with the latter being designated as a development player for the squad.

In addition to du Plessis, Moeen, and Theekshana, other members of the coaching staff are also former players for the Chennai Super Kings. Stephen Fleming will continue in his role as head coach at Johannesburg, while Eric Simons will continue in his role as his assistant. According to information obtained by ESPNcricinfo, the team is also close to finalizing a deal to hire Albie Morkel, a former all-rounder for South Africa, to serve as a member of the coaching staff.

Morkel was a player with the Chennai Super Kings from 2008 till 2013, during which time the team won back-to-back championships in the Indian Premier League (IPL) in 2010 and 2011.

The CSA has just settled on a list of thirty big names, and it has given each of the six teams permission to make direct signings from that list.

And from which year they'll be banned for 2 years mufa😊

Can't wait to see @faf1307 back in yellow that too doing captaincy now for jsk😍..nd Stephen Fleming too with coaching 🔥🔥

Snake Jadeja should learn something from loyal Faf

‘This is what Dhoni does to people, stabs from back’-Twitter reacts to reports of Ravindra Jadeja leaving CSK next season
‘Eyeing a spot in the ODI World Cup 2023’-Twitter reacts as Cheteshwar Pujara has a 91 average and a 120 strike rate in 5 innings of the Royal London One-Day Cup