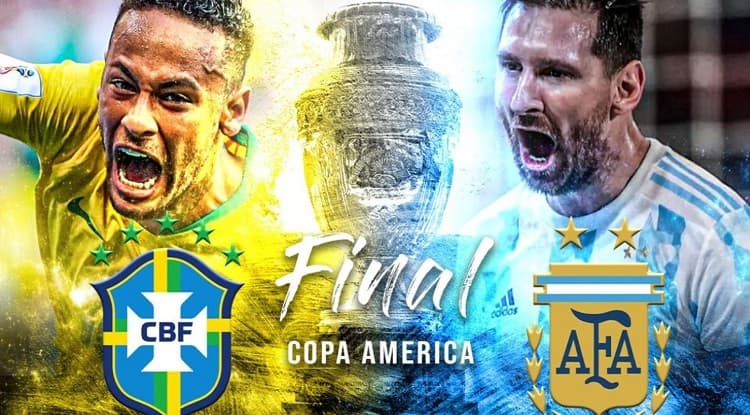 In the ongoing 2021 Copa América, you will experience the showdown of the super Classico. In this, 47th edition of the Copa América, the tournament is taking place in Rio de Janeiro, Brazil. It kicked off on 13 June. Both Brazil and Argentina had a great tournament run-in to the final and will now face each other to decide continental dominance. Check How to watch Brazil vs Argentina in the Copa America 2021 Final from India?

Where to watch Brazil vs Argentina live in India?

Copa America 2021 will be telecast in India on Sunday, July 11 at 5:30 AM IST. The entire match will be made available for viewers in five languages. It will be in English, Bengali, Tamil, Telugu, and Malayalam on The SONY TEN 1, SONY TEN 2, SONY SIX, and SONY TEN 4 channels. In addition, they can watch Copa America 2021 Live Streaming in India on SonyLIV.

How to watch Copa America Final on Cell phones?

It is very simple for viewers wanting to watch the Copa America 2021 using any Cellular Network connection. In case of, people using iOS and Android cell phones can download the Sonyliv App through App Store and Play store. Apart from this,they can also visit the official Sonyliv website for watching the match. Meanwhile, the official websites of CONMEBOL Copa America 2021 will provide you with the live score and live updates of Copa America 2021. Sunday, July 11: Brazil vs Argentina – 5:30 AM IST is the match date and time.

The team Argentina is only one title behind Record holder Uruguay. Argentina Successfully wins 14 titles of Copa America. Nevertheless,if Argentina wins the upcoming season then they will haul up with Uruguay for 15 titles. So, lets take a look at the players of the Argentina with their position.

Brazil is the third most successful team in Copa America Competition. However, With the previous tile of Copa America Brazil won 9 Copa America Tittles. Lets take a look at the layers list for Brazil Copa America 2021.