Brighton Vs Burnley Betting Predictions, Where To Watch?

Brighton Vs Burnley will be a game of few goals, as both teams seem to be struggling in front of goal and do not have a prolific striker to get the job done. 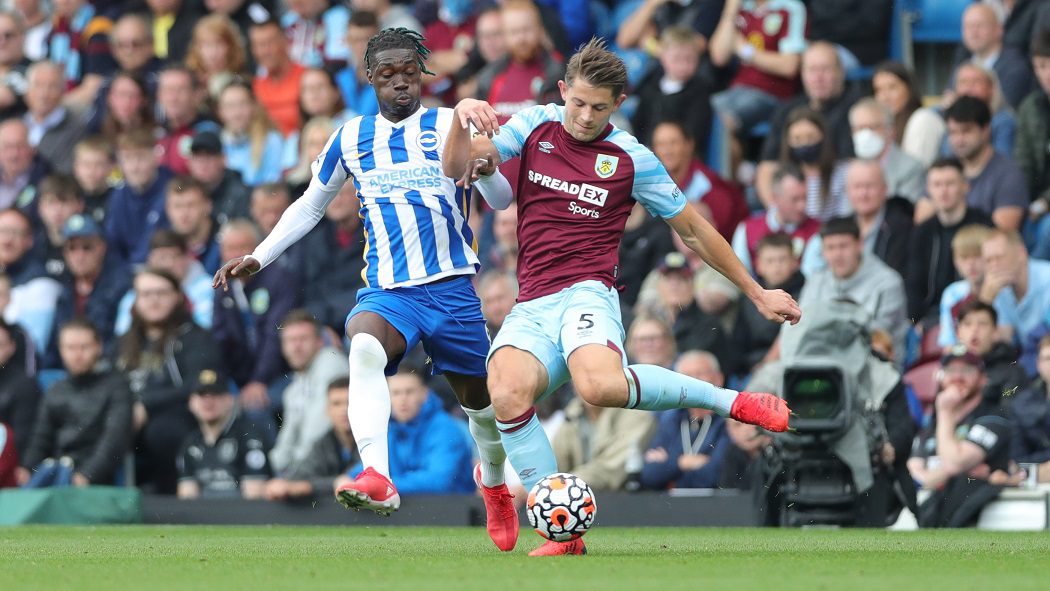 Brighton vs Burnley, where to watch?

Enock Mwepu and Jeremy Sarmiento are both out injured for Brighton, who will be without suspended captain Lewis Dunk. As a result, either Joel Veltman or Shane Duffy will likely start with Adam Webster at centre-back. However, if he is not picked to play in that position or central defence on Saturday, Veltman may be forced to make way for full-back Tariq Lamptey, who began at right-back against Manchester United.

At Old Trafford, both Adam Lallana and Danny Welbeck started on the bench, and both will be aiming to push their way into the starting eleven. However, both Jakub Moder and Leandro Trossard may keep their positions in midfield and attack, respectively.

When it comes to Burnley, new acquisition Wout Weghorst was forced off with an injury in the closing 20 minutes of last week’s game against Liverpool and is questionable for this weekend’s match. Charlie Taylor, Maxwel Cornet, and Ashley Barnes will all be evaluated before the start of the game.

While Dyche has disclosed that Johann Berg Gudmundsson and Matej Vydra are both making excellent progress in their recoveries from stomach and hernia problems, he has also admitted that the duo is still a few weeks away from returning to full health.

Connor Roberts, who has started each of the past four matches, is expected to keep his place at right-back ahead of Matt Lowton, while Dwight McNeil will be hoping to push his way back into the starting XI ahead of either Cornet or Aaron Lennon, who are both expected to start.

Burnley manager Sean Dyche is under greater pressure to turn the club’s fortunes around, but with the likely absence of target man Giovanni Weghorst, they may struggle to create or convert their opportunities on Saturday. While Brighton will be looking to bounce back from their midweek setback, the Clarets will be the favourites to capture all three points on their home turf, having previously defeated them this season.