Brighton Vs Norwich City, Betting Predictions; Where To Watch? 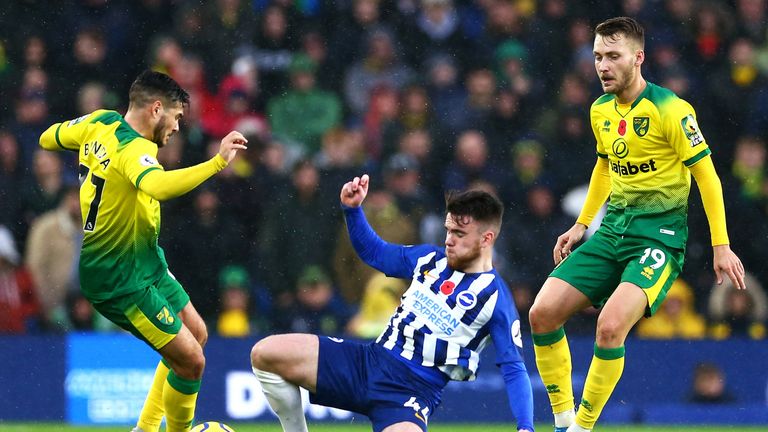 Brighton vs Norwich City, where to watch?

As a result, Brighton manager Gary Potter has admitted that neither Adam Webster (groin) nor Adam Lallana (thigh) will be ready to return for Saturday’s encounter and that the injured Moises Caicedo will also miss out. Despite having to withdraw from the England Under-21 squad owing to sickness, Tariq Lamptey is expected to line up alongside Robert Sanchez, while Alexis Mac Allister should be able to shake off a knock received while on international duty with Argentina.

Jakub Moder is riding high after helping Poland qualify for the World Cup and might be a viable choice in the engine room, while Potter should stick with Neal Maupay at the heart of the attack despite his six-game goalless streak.

With Max Aarons and Brandon Williams out of contention for Saturday’s game, Adam Idah (knee) out for the season, and Andrew Omobamidele still dealing with a back injury, Norwich manager Dean Smith has a lot to think about this week. While Grant Hanley has recovered from a case with COVID-19 and should be able to compete in this match, there is some doubt about Sam Byram and Christoph Zimmermann’s availability for the journey to the South.

Mathias Normann and Billy Gilmour, who were both selected for the Leeds United bench, might provide some much-needed depth to the midfield, while Hanley’s return to health comes at an opportune moment given Ozan Kabak’s “long-term” hamstring injury.

However, although the international break came at a perfect moment for both managers, it is still exceedingly impossible to predict where the goals will come from in both teams’ lineups, so supporters should not anticipate fireworks at the Amex this weekend. This clash, in our view, has the makings of a goalless draw written all over it, with neither team’s shot-shy offence capable of generating significant difficulties for their opponents’ defence.