Burnley vs West Ham United Betting Predictions, Where To Watch

Burnley vs West Ham United will surely favour the visiting side, as they are a team challenging for a top-four finish. 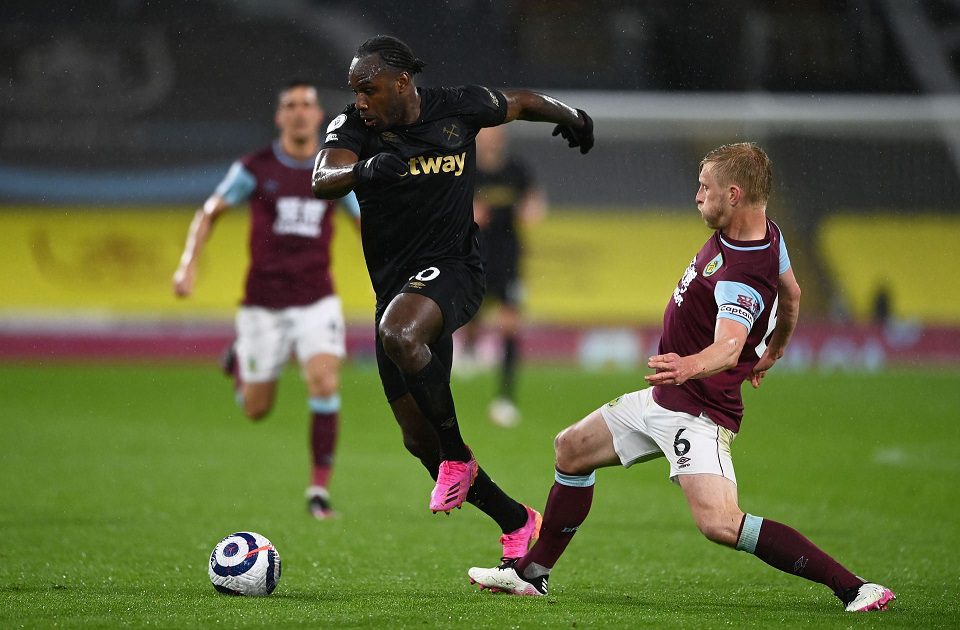 Burnley vs West Ham United Where to watch?

Burnley manager Sean Dyche has stated that Maxwell Cornet has an “outside chance” of competing, despite the forward fighting a thigh injury.

Ben Mee is also making good progress in his recovery from a shoulder injury, while Phillip Bardsley is also healthy. However, Ashley Barnes will be ineligible for selection owing to a thigh injury.

If Cornet does not start in the XI, Matej Vydra will start alongside Chris Wood. However, there are no further surprises anticipated, with Johann Berg Gudmundsson and Dwight McNeil again starring in the wide areas for the home side.

West Ham will be without Ben Johnson, Kurt Zouma, Ryan Fredericks, and Angelo Ogbonna due to injury this weekend, although Aaron Cresswell might return after recuperating from a back problem.

Consequently, Cresswell and Vladimir Coufal are expected to start at full-back, with Issa Diop starting alongside Craig Dawson in the centre of the back four.

Said Benrahma and Pablo Fornals were both selected on the bench against Chelsea last weekend but should be back in the starting lineup for this encounter. At the same time, Jarrod Bowen and Michail Antonio are locked in the final third.

This is the kind of encounter West Ham must win if they want to finish in the top four this season, and we anticipate the Hammers to edge through a tense game here to secure a vital three points.