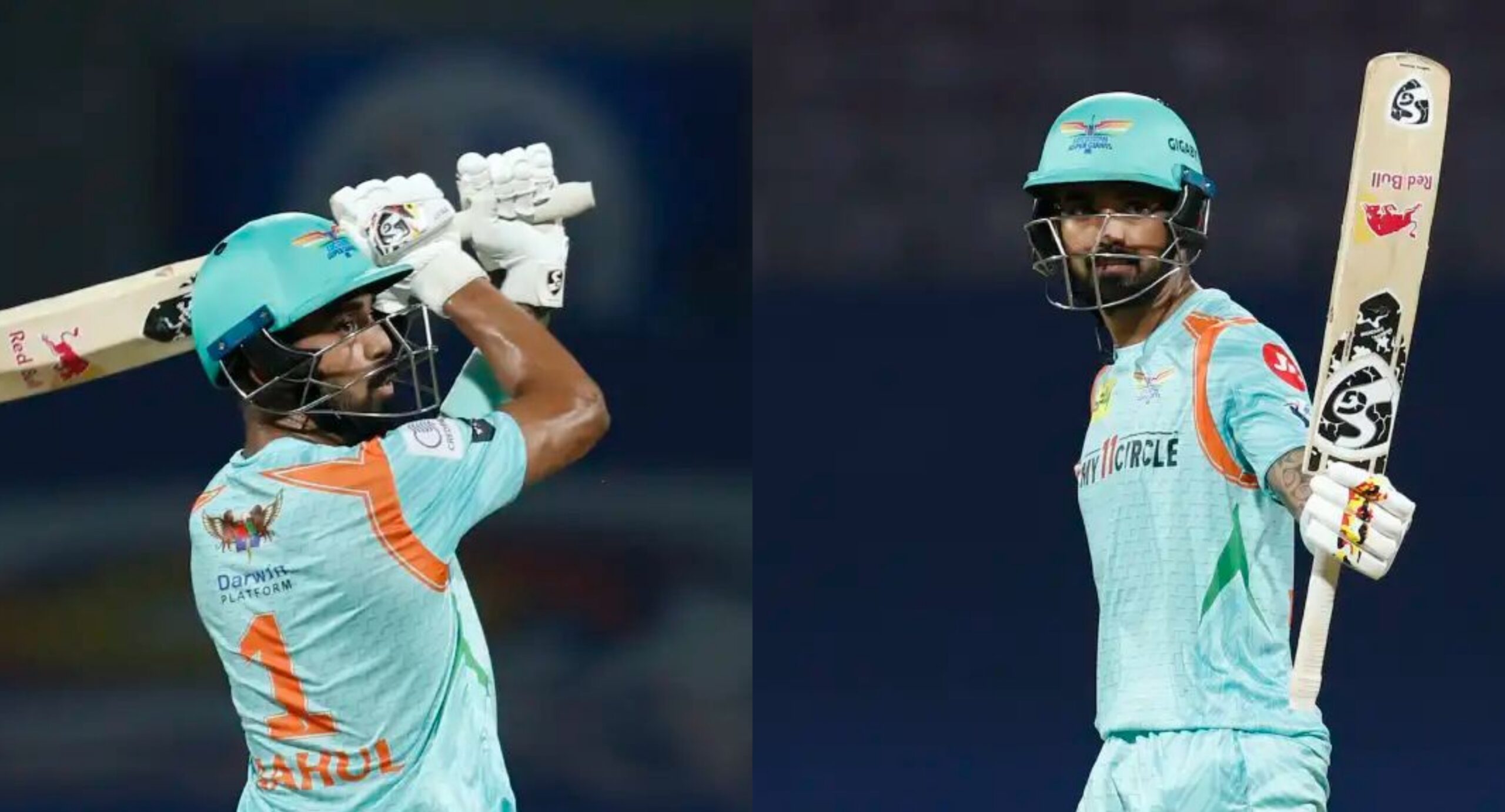 KL Rahul has scored a magnificent hundred against Mumbai Indians, the second ton so far of this year’s IPL. The LSG bowlers had no answers for him the very first ball he took strike. He scored an unbeaten 103 off 60 balls at a strike-rate of 171, hitting nine fours and give sixes along the way.

Rahul now has two fifties from five games. He started slowly, taking 12 runs off the first 15 balls he faced. But that didn’t impact the runrate in the slightest, because Quinton de Kock at the other end was busy avenging himself against his former team. Rahul joined the party in the fifth over, targeting Tymal Mills for two fours and a six, scoring 15 off that 16-run over. Before de Kock fell just before the end of the powerplay, the two had already put on a 52-run opening stand.

Manish Pandey joined him after that, and the two added a partnership of 72 (47). They plundered poor Mills for 18 runs off the 15th over, Pandey and Rahul both hitting two streaking fours each. The best shot of Rahul’s innings was a 98m six off Jaydev Unadkat, which went sailing a mile over long-on into the stands.

Rahul is now the only player to score centuries for different franchises. He averages 56 against Mumbai, with six fifties and one hundred against them from 14 innings. Mumbai Indians will have a lot of retrospection to do after this game; RR’s Jos Buttler scored the first century off them as well. This is the first ever IPL season whose first two hundreds came against the same team.

Praise came pouring in for Rahul’s exceptional hundred from every corner of Twitter.

KL Rahul is fast becoming one of my top 3 batters in the world to watch!

You can never tire of watching KL Rahul bat. And, happily, he is batting with the freedom that he is blessed with.

‘Shut the noise,’ says KL Rahul. What a glorious hundred.#MIvLSG

‘My inspiration? Umran Malik’ – Dale Steyn tweet goes viral after 148kph yorker to get Iyer
‘Spare us the misery, just pull out of the tournament’ – MI fans dejected after sixth straight loss