‘Can we request MS Dhoni to come out of retirement for T20 World Cup?’ – Twitter overflows with praise for vintage Dhoni finish 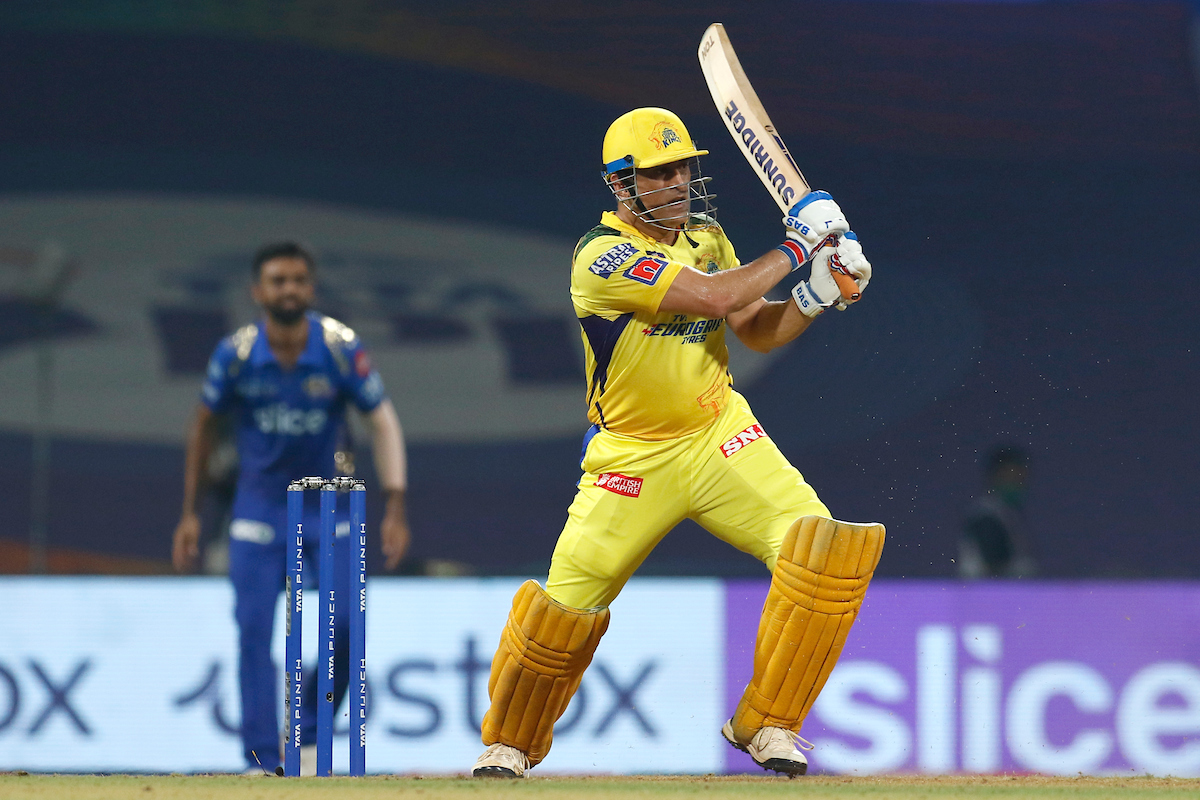 MS Dhoni has silenced his critics once again. Somehow they never seem to stop, even though he keeps proving them wrong over and over. The former Chennai Super Kings skipper scored 28 runs off 13 balls against Mumbai Indians to guide his side home, clinching their second win of the season. Mumbai Indians now have seven losses from all seven games this season, the first ever team to achieve this dubious feat.

Dhoni came in to bat at the end of the fifteenth over after the set batsman Ambati Rayudu was dismissed for 40 off 35 balls, joining skipper Ravindra Jadeja who had newly arrived at the crease as well. CSK need 52 from 30 balls at that point, and with five wickets down things looked quite bleak for the defending champions. Jadeja miscued a shot off Riley Meredith and had to go after scoring 3 from eight balls, continuing his woeful season with the bat.

That brought Dwayne Pretorious to the crease, and he played his part, hitting 22 off 14 balls to allow MSD to get his eye in at the other end. He whacked two fours and a six, taking 10 runs off Bumrah’s 11-run penultimate over to leave CSK need 17 off the last six bals.  Jaydev Unadkat broke the 33-run partnership on the first ball of the 20th over, and Dwayne Bravo scurried across the return strike to MSD.

CSK now needed 16 from the last four, and Dhoni was on strike. Unadkat missed his length, and MSD sent the ball sailing over the ropes at long-on for a long, flat six. He tried a slower bouncer next up but the ball dipped, and MSD shuffled across the crease and pulled the ball down to fine leg for another four. The equation was down to six off two balls. MSD flicked the ball to midwicket and harried across for two, leaving four needed off the last ball.

And four it was. Unadkat finally nailed his length, landing a yorker on leg stump, but Dhoni was simply too good. He whipped the ball off his pads, sending it down to fine leg for four.

CSK had been set a total of 156, and faced setbacks early on after Ruturaj Gaikwad was dismissed for a duck (his second one this season) off the opening ball of the innings, and Mitchell Santner followed an over later, leaving CSK two down for 23. Aside from the partnership between Rayudu and Robin Uthappa, the game was evenly balanced with MI chipping away regularly at the wickets.

Not surprisingly, Twitter exploded with praise for the definitely-not-done-yet finisher.

@msdhoni you are no more just a finisher, you are the 🐐 of finishers ever! What an unbelievable hitting, from here on we should see the yellow brigade @ChennaiIPL come back! #CSKvsMi #Dhoni

Can we request @msdhoni to come out from retirement for T20 World Cup! #Dhoni #Mahi #MIvsCSK

Finishes and @msdhoni a love affair.