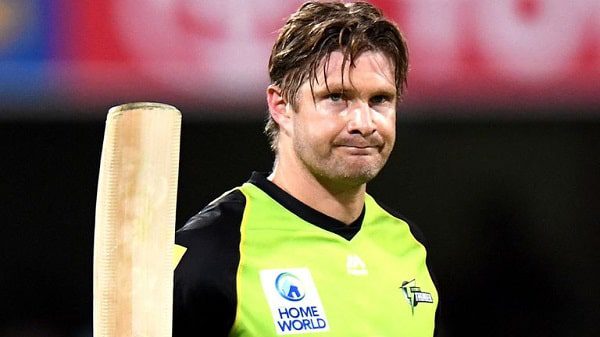 Shane Watson has been appointed as the assistant coach of Delhi Capitals. The former Australian batsman retired from cricket after IPL 2020, bidding goodbye to his last franchise Chennai Super Kings.

Watson expressed his gratitude at being being back for the tournament. In a statement issued by DC he said, “the IPL, the best T20 tournament in the world. I’ve got incredible memories as a player, first of all with Rajasthan Royals winning it in 2008, led by the incredible man Shane Warne, RCB and then CSK.”

With over 7000 runs and 200 plus wickets to his name, Watson has enjoyed great success in limited overs cricket. The aggressive opener has been part of two world-cup winning campaigns for Australia – the T20I World Cup in 2012, where he was also awarded the player of the tournament, and the ODI World Cup in 2015.

“I’ve got incredible memories as a player, and now coaching opportunities. It’s come to be able to work under the great Ricky Ponting. He was an amazing leader as a captain, and now to be able to coach under him,” Watson said. “He is one of the best coaches in the world now. So, for me to be able to learn the ropes under Ricky, I am really excited,” added the Australian.

Watson has been a part of the IPL since its inception in 2008, having been signed by three teams across that time span – Rajasthan Royals, Royal Challengers Bangalore, and CSK. He was part of the Royals squad that won the inaugural IPL, and ten years later lifted the cup again with CSK in 2018. He was an integral cog in both those campaigns, having scored 472 runs with 17 wickets in 2008, and 555 runs plus 6 wickets in 2018 for RR and CSK respectively during those seasons. Watson has also won the IPL’s Most Valuable Player (MVP) award twice, in 2008 and 2013, tying for most times with Sunil Narine and Andre Russell.

Now returning to the IPL in a different capacity for a different franchise, the 40-year-old looks forward to working with his new team. “With Delhi Capitals, they got a great squad, now is the time to win their first title,” Watson said. “I am super pumped to get over there, work with the boys, help them out as much as I can and hopefully, we can win the first title. Can’t wait to get over there,” he added.

DC have decided to persist with their head coach Ricky Ponting, but Shane Watson and Ajit Agarkar will be replacing Mohammad Kaif and Ajay Ratra as assistant coaches.

‘I still got one run out’ – Shreyas Iyer’s year-old conversation with Ashwin goes viral
‘For us, cricket is not about politics’ – PCB Chief Ramiz Raja keen to discuss 4-nation series with Sourav Ganguly