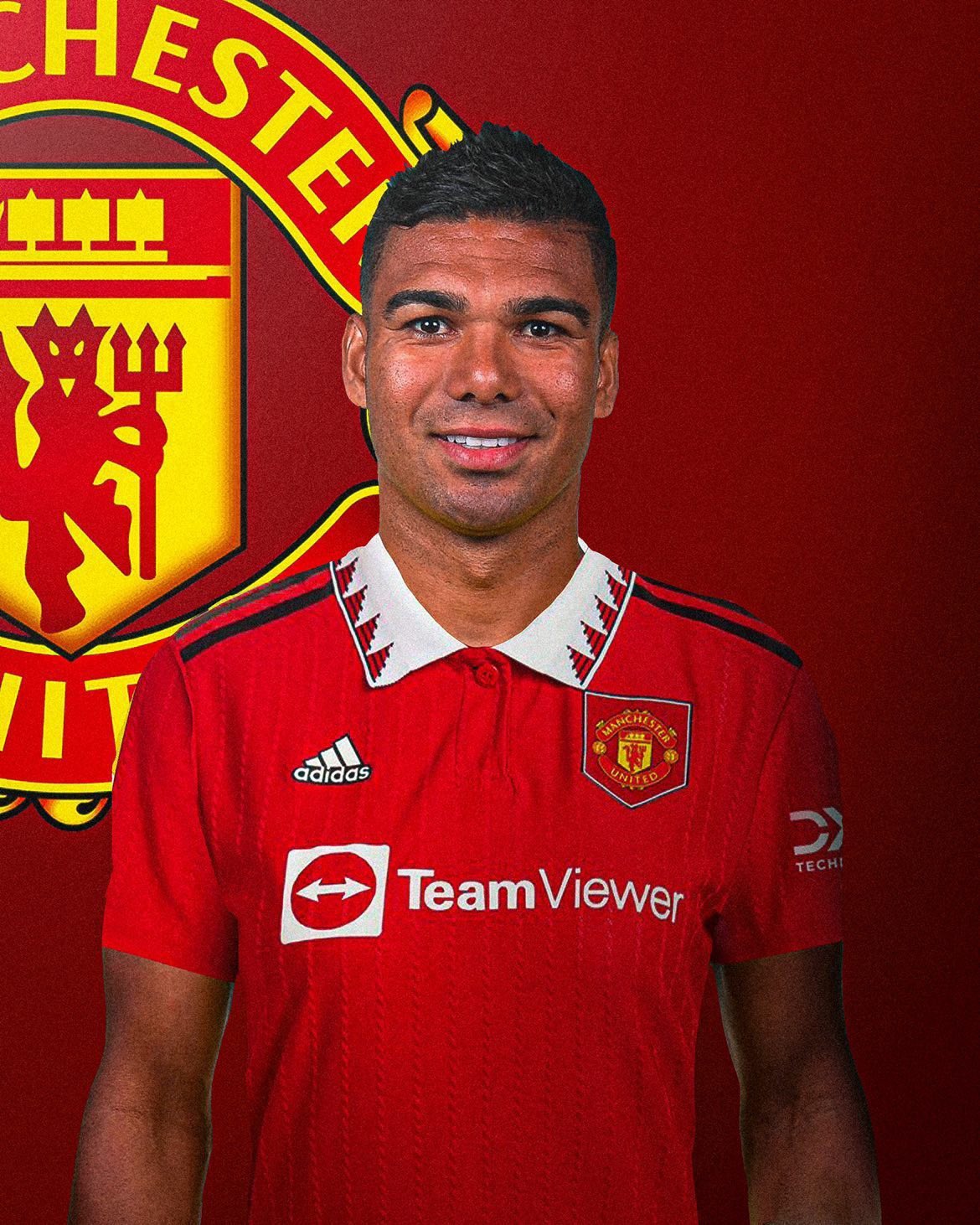 Casemiro is a Brazilian footballer who plays as central midfielder for Manchester United. He joined the club in the 2022/23 summer transfer, moving from Real Madrid for a fee of €60 million +add-ons.

The Brazilian is widely considered the best defensive midfielder in the world of the last decade. Along with Toni Kroos and Luka Modric, the Brazilian had become a part of one of the greatest midfield trios in club football history.

Casemiro often shines on the biggest occasions and his battles with Lionel Messi in the 2010s were on the most anticipated segments of the El Classico clashes. He has key to Real Madrid’s outstanding achievements in the last 10 years, helping the side win five Champions League titles during his time at the club and a 35th La Liga title in 2021-22. Manchester United have been lacking some steel in the last few years and he should bring that back to the club.

What is Casemiro’s Manchester United salary per week?

His contract expires in the year 2026 with the option of an extension for one year.  Manchester United have no other player in his mold at the club, which is why he could be extremely valuable for the club in the years to come. They’ve been crying out for someone who can hold that midfield together for a few years now. His signing should allow the likes of Fred, Bruno Fernandes and Christian Eriksen to wreck havoc in more advanced areas.

Manchester United have no properly found a player in that holding role since Michael Carrick started waning and while he doesn’t play that position in the way Michael Carrick did, the Red Devils have a lot of players who can allow Casemiro to get on with what he’s good at while being able to play in their ideal positions.

What is Casemiro net worth?

Many sources have speculated that Casemiro’s net worth is $13 million, but that will increase manifold with this new contract in place.

Where is Casemiro from?

Casemiro was born in São José dos Campos, Sao Paulo, Brazil. Sao Paulo is a hotbed of football talent. Brazil has always been host to some of the most skillful footballers and has encouraged individual flair.

This has led to the need for players like Casemiro to help them showcase their talent. It’s interesting that Brazil has had some of the best defensive midfielders in Europe over the years. This includes the likes of Fabinho, who has done a similar job for Liverpool in recent years,  and Fernandinho, who had done the same for Manchester City before leaving at the end of the 2021-22 season.

What is Casemiro’s age?

Casemiro is 30 years old. Casemiro’s age makes him one of the more experienced players in the Manchester United squad. He has been a thorough professional throughout his career for club and country and should do the same at Carrington and Old Trafford.

His contract states that he’ll be at the club for a few more years and it’ll be interesting to see what role he takes up on the pitch and outside it going forward for the Red Devils.

Which clubs has Casemiro played for?

Casemiro singed for Sao Paulo as a 11-year-old before getting picked up by Real Madrid B in 2013. He impressed for the B side before going on loan to Porto in 2015. He was recalled to the Real Madrid first-team under Rafa Benitez and has been a mainstay since. He’s now moved to another super club and should be a great addition to English football.