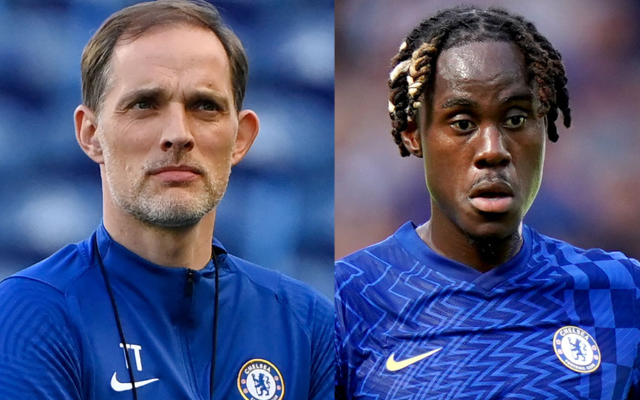 During the summer transfer window, both Jesse Marsch’s Leeds United and Antonio Conte’s Tottenham Hotspur were said to be interested in signing Trevoh Chalobah, a teenager now playing for Chelsea.

According to a report published on the 23rd of August by 90min, a number of Premier League teams, including Leeds and Everton, were interested in signing Chalobah on loan from Chelsea.

According to a report from the London Evening Standard from the month of August, Tottenham was reportedly expressing interest in Chalobah, who is capable of playing both centre back and defensive midfielder positions.

There was also a rumor going around that Tottenham had made a loan bid for the Englishman who is now 23 years old. Chalobah remained at Chelsea since the transfer did not go through as planned.

However, that may soon change, and it’s possible that both Leeds and Tottenham will have another opportunity to recruit the player who once represented England at the Under-21 level.

According to a message that was sent out by Fabrizio Romano: “Chalobah may depart Chelsea in January.”

The well-known and highly-respected journalist has made the assertion that the young player might leave the Blues in the next transfer window if he does not get more playing time in the coming weeks.

Romano wrote: “Chelsea needs to make things clear with a few players, and Trevoh Chalobah is one of them.

In the summer, he wanted to move, even if it was just on loan so he could play. Even though Inter Milan, AC Milan, and RB Leipzig all tried to sign Chalobah, Chelsea chose to keep him at the club. In just a few days, they changed their minds and decided to keep him.

Still, he’s not getting anywhere at Chelsea right now. He wants to be a key player, but he’s not getting there. I’ve heard that there are still talks about Chalobah, so he could still leave in January.

We don’t know yet if it’s a loan or a permanent move with a buy-back clause, but he could leave if his situation doesn’t get better.

Like I said, Inter, AC Milan, and Leipzig were all very interested in Chalobah over the summer, so January could be a big month for him.”

This is the first season that Chalobah has played for Chelsea in the Premier League. So far, he has made one appearance.

After the international break, it will be fascinating to watch whether the new manager of Chelsea, Graham Potter, will offer the 23-year-old player more opportunities to contribute to the team’s success.